Special Adviser to the President on Media and Publicity, Dr. Reuben Abati has stated that the President has not approved the sale of the Nation’s refineries.

PENGASSAN President, Mr. Babatunde Ogun, had said, “Our message is very clear; if between now and December 24, 2013, the government fails to cancel the planned privatisation of the refineries, we will wait for the Yuletide period to come and then mobilise between that time and the first week in January 2014; the entire oil and gas workers in Nigeria will go on a total strike and shut down the economy.”

“The Federal Government will not sell the refineries. There is no authorisation for anybody to do so; there is no presidential endorsement. Even the minister does not have the powers to sell government’s property,” Abati said in a statement yesterday.

A conflicting statement had earlier come from the Public Communication department of the Bureau of Public Enterprises.

BPE spokesperson, Mr Chigbo Anichebe had said,  “In furtherance of the economic reform programme of his administration, President Jonathan has approved the commencement of the privatisation of the nation’s four refineries by the BPE.

“This is in keeping with the transformation agenda, which seeks to catalyse and provide an enabling environment for the private sector to be the driver of economic growth in the country.

“The President has also approved the constitution of a steering committee on the privatisation process that involves all relevant stakeholder ministries and agencies.” 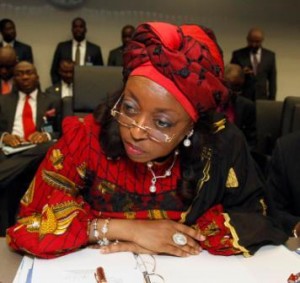