US President, Donald Trump sent a message of defiance to anarchists as he confidently took a walk from the White House to the burnt out Church St. John’s Church just across the street. 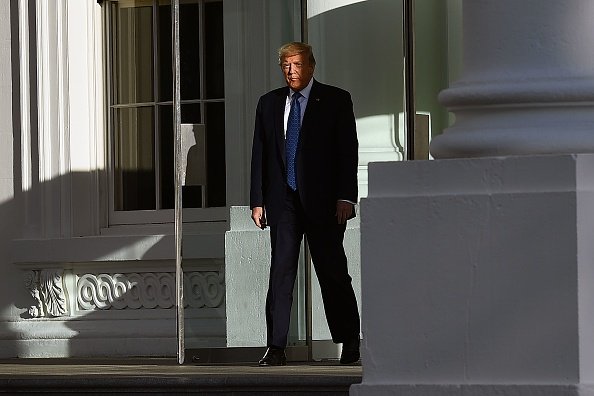 The walk took the US President through areas which were very violent the night before to the church also called the church of the US Presidents, after a press conference addressing the death of George Floyd and the violent protests and looting that has followed. 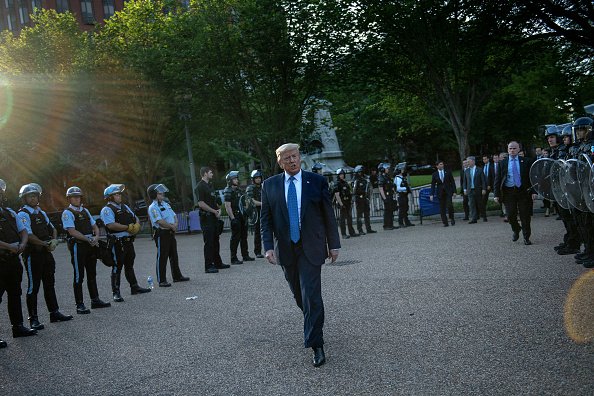 St. John’s Episcopal Church in Lafayette park across the White House was burnt down by protesters on Sunday night.

While the fires raged, mainstream media reported that President Trump had gone into hiding in an underground bunker fearing for his safety. 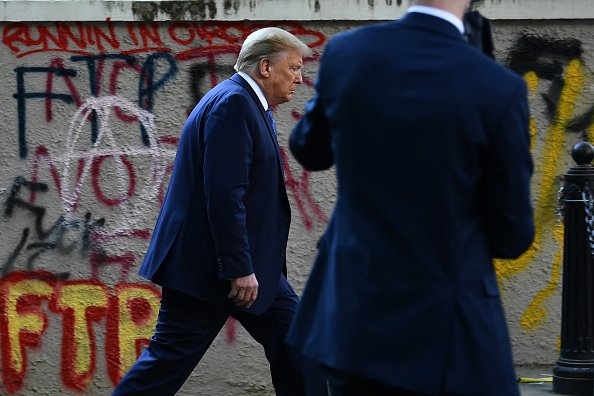 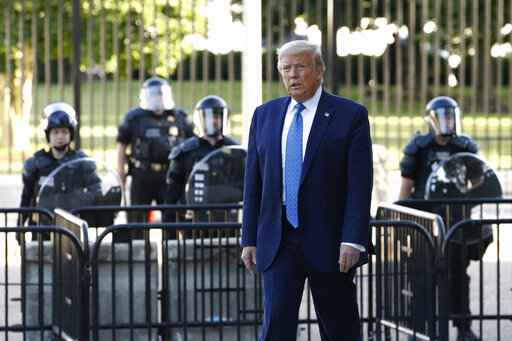 Trump said he was alligned with protests who have the legitimate right to express their anger and promised that Justice will be served in the unjust murder of George Floyd.

He however blasted governors for not doing enough to curb the growing violence and reiterated that he was president of Law and Order.

He thereafter threatened to roll out the military fully armed to ensure that anarchists and left wing radicals do not highjack peaceful protests.

As Trump walked across the park, heavily armed secret service members could be seen on roofs overlooking the area on the lookout for possible snipers. 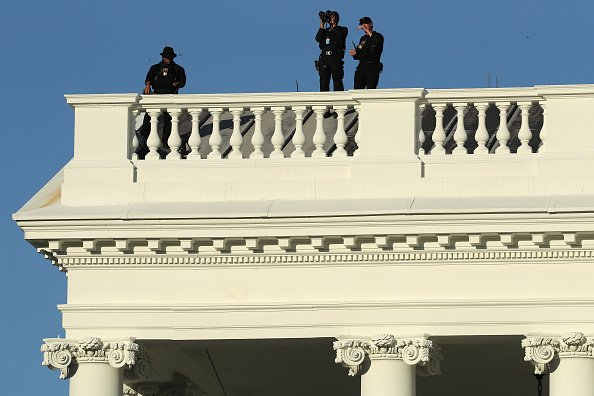 While the move is seen as historic and unprecedented in the history of the United States, critics in the mainstream media have accused the president of doing a photo ops with a Bible in front of the burned out Church. 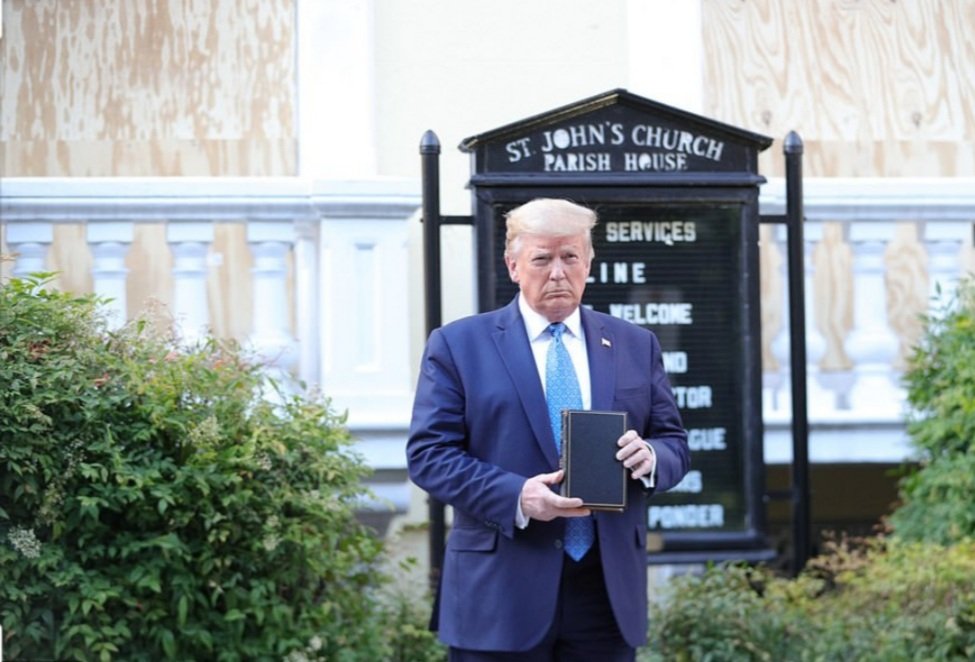 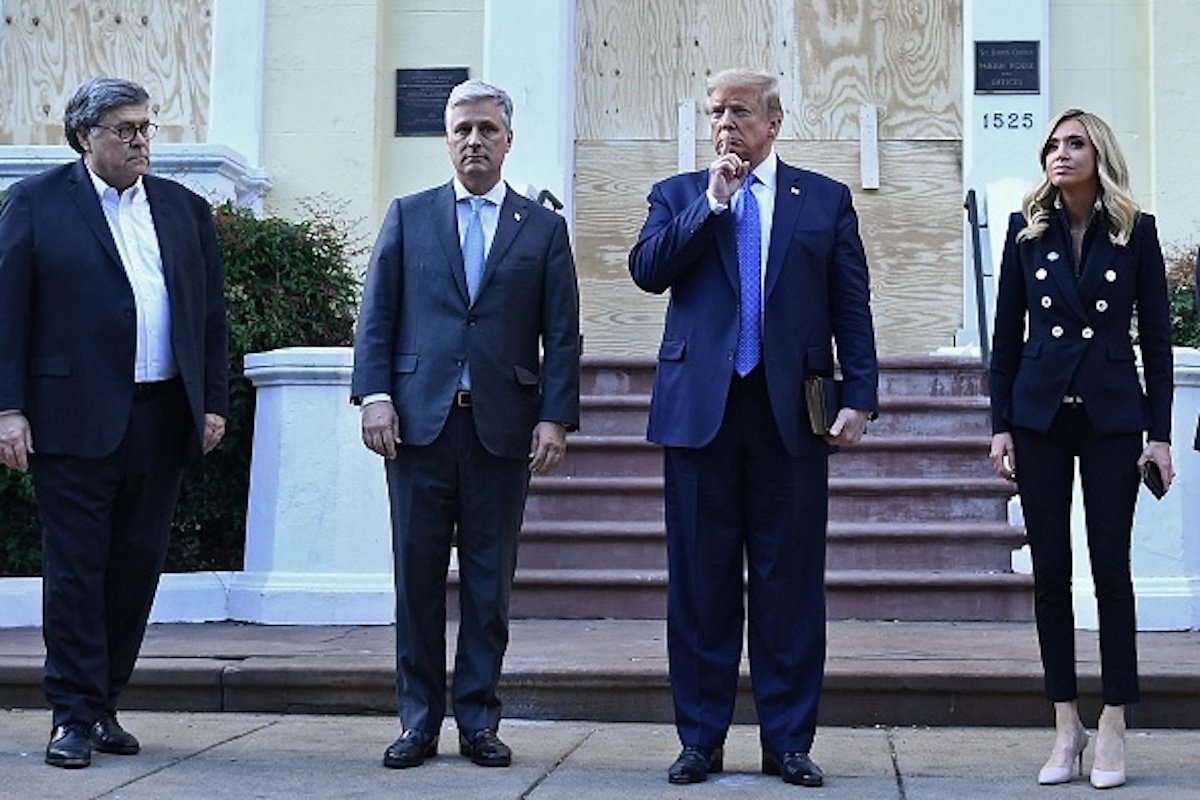