There’s a new Prince in the royal family brood as the Duchess of Cambridge, Kate Middleton delivered her 3rd child to join her first son, George and daughter, Charlotte.

Father of three, Prince William was spotted bringing the 2 toddlers to see their mom and newest brother.

William had been in the hospital before, but then left to pick up his two other children. George was still in school while Charlotte was at home.

The Prince drove himself. 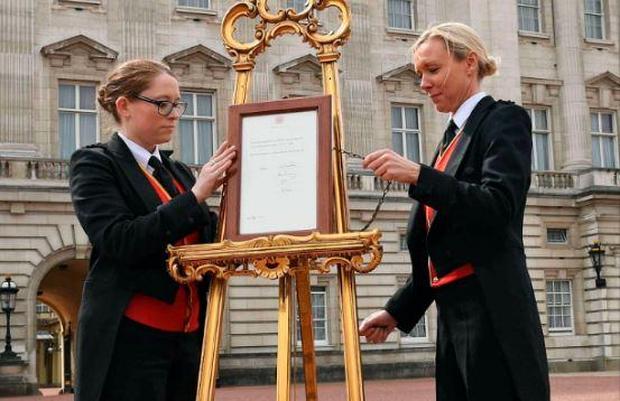 Prince William, 35, and wife Kate, 36, welcomed their third child, a second son, at 11.01am. There hasn’t been a name revealed yet, but speculation is rife on what they will name the child. Arthur is the bookies favourite while Philip, in honour of William’s grandfather,is an option and Prince Philip, Albert and James have also been mentioned.

A statement released by Kensington Palace just after 1pm on Monday read: “Her Royal Highness The Duchess of Cambridge was safely delivered of a son at 11.01 hrs.

“The baby weighs 8lbs 7oz. The Duke of Cambridge was present for the birth. Her Royal Highness and her child are both doing well.

“The Queen, The Duke of Edinburgh, The Prince of Wales, The Duchess of Cornwall, Prince Harry and members of both families have been informed and are delighted with the news.”