The North Carolina-born artiste known for promoting politically conservative ideology in his lyrics beats multiple Grammy winner Adele’s “Easy on Me” to the No. 3 spot.

“Let’s Go Brandon”, which was released on October 15, has sat at No. 1 since Sunday.

The second spot on the chart is occupied by a random redux of Gray’s hit song by YouTube rapper Loza Alexander. 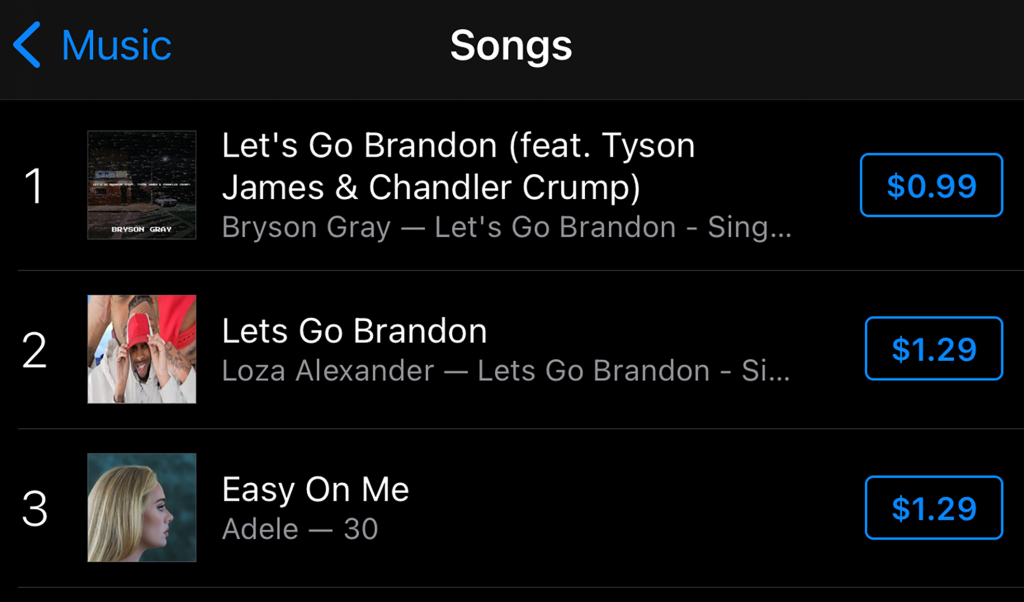 The rapper said the YouTube ban most likely contributed to the song hitting the top spot in the iTunes’ iTopChart.

He derided social media platforms for allegedly skewing their guidelines “against conservatism”.

“If you read guidelines for social media sites now, the guidelines themselves are against conservatism. You literally can’t have a conservative opinion.

“Like I can’t say there are only two genders, or I can’t call somebody by what they are. I have to be delusional with them,” New York Post quoted Bryson Gray to have said.

Bryson Gray became popular in September 2019 after starting a @MAGAchallenge on Twitter in which he called on Trump’s supporters to show support to the president.