Infinix brand ambassador, Davido has been called out on social media for promoting the phone manufacturer’s new smartphone while using a rival brand.

The DMW boss tweeted a photo of himself inside a Rolls Royce holding the Infinix Note 10 smartphone which just launched on Tuesday.

This was accompanied by the cool specifications of the phone.

However, there was a snag: the photo was tweeted from an iPhone. 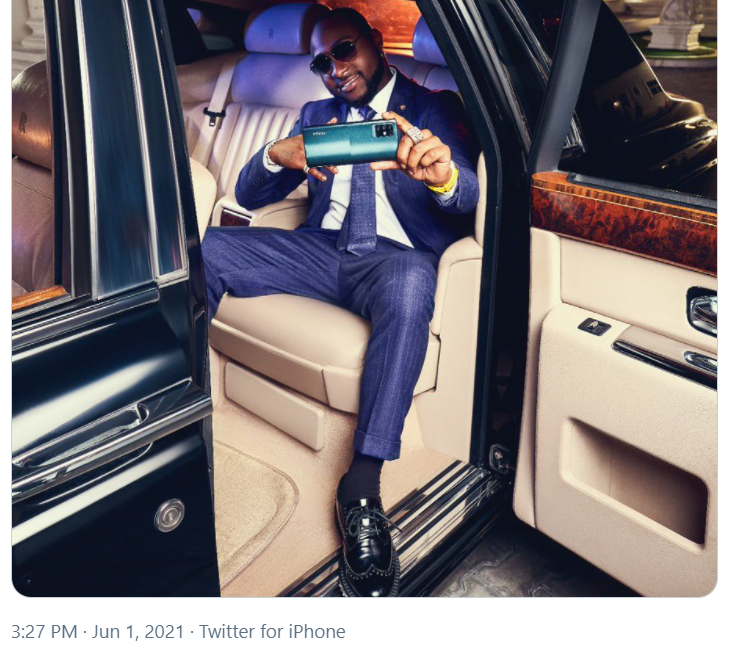 Some followers that took note of this called the Jowo star out for encouraging followers to buy Infinix while he uses an iPhone. 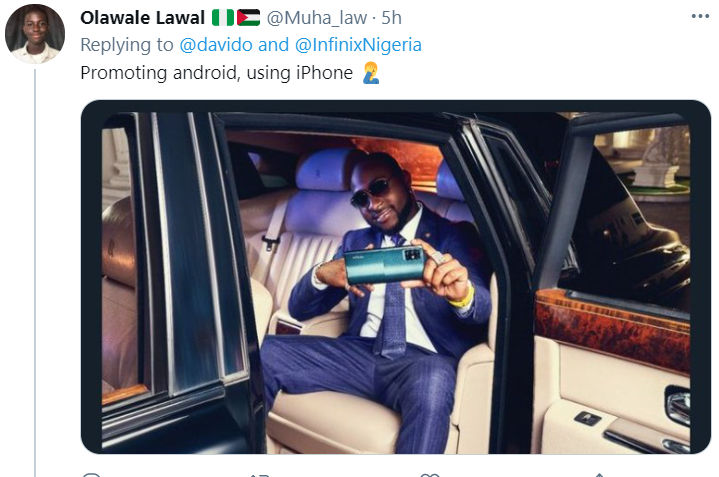 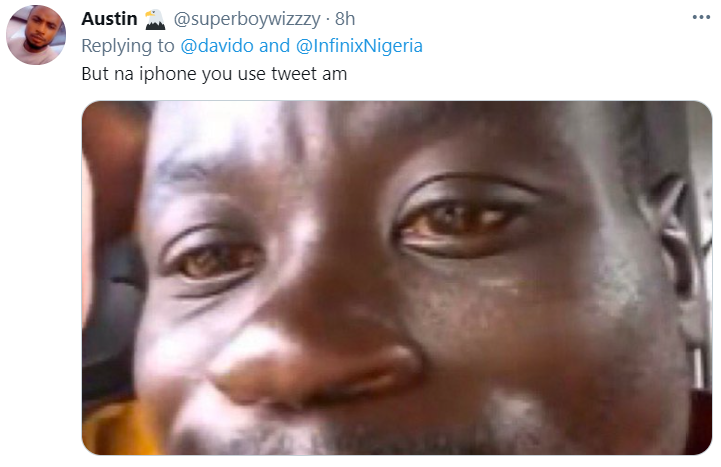 WHO approves China’s Sinovac COVID-19 vaccine for emergency use

How Can You Automate Native Apps On Android Device Using Appium?