What we know of the Queen’s college saga so far is this:

A concerned parent went to an online blog to call out the Biology teacher, Mr. Olaseni Oshifala and accused him of attempting to kiss her daughter and fondle her privates. This immediately became viral and ever since it has been a war between both sides; those who support him and those who do not.

The staff of the school came out in his defence stating that he didn’t do anything of the sort. This included the Principal, the senior boarding house mistress and the Head girl. There were even protests in his favour. 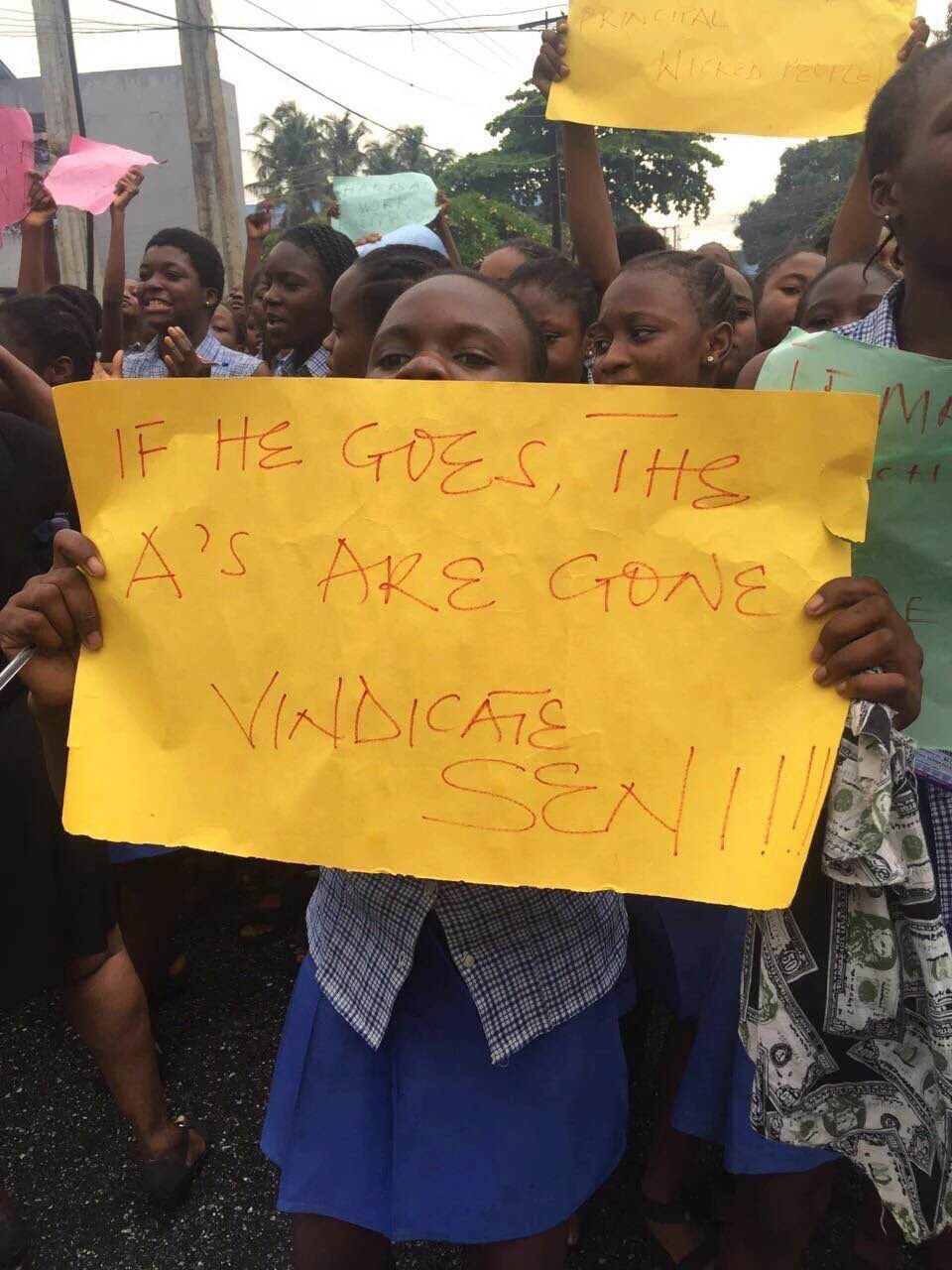 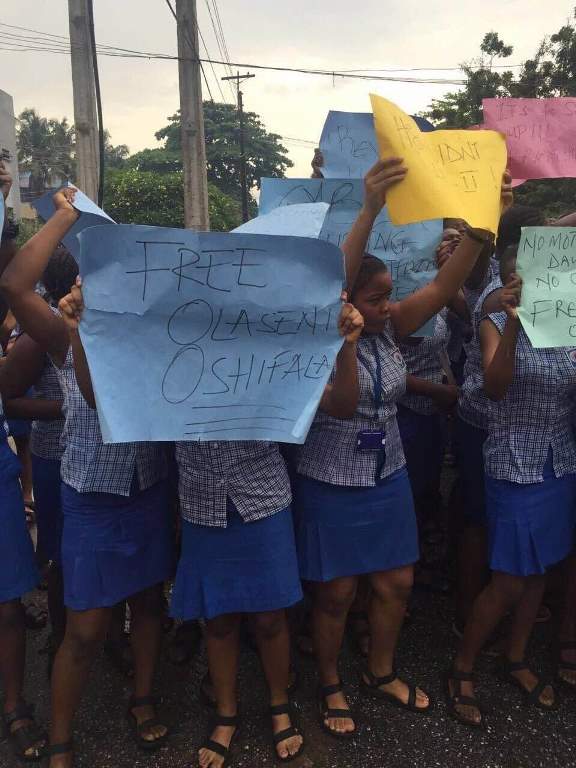 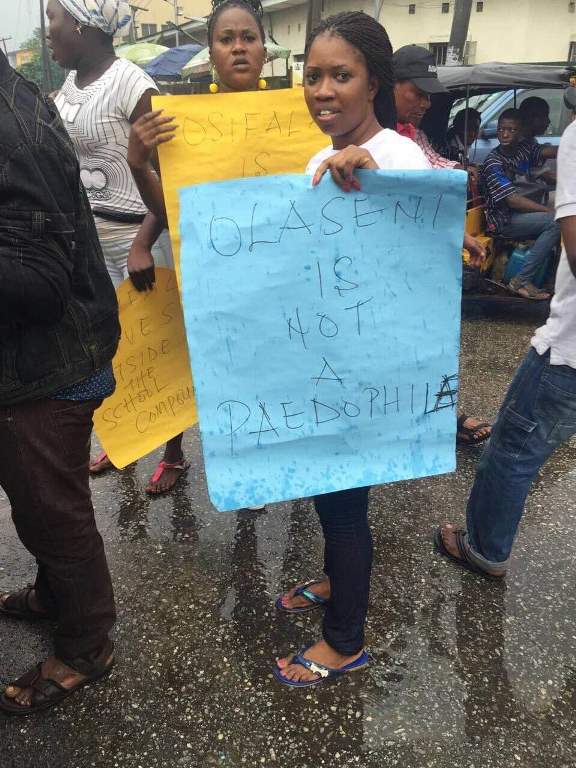 It has been alleged though that these protests were staged in a bid to protect the accused.

The Queen’s College Old girls Association (QCOGA) got into action immediately setting up a panel to investigate the allegations. 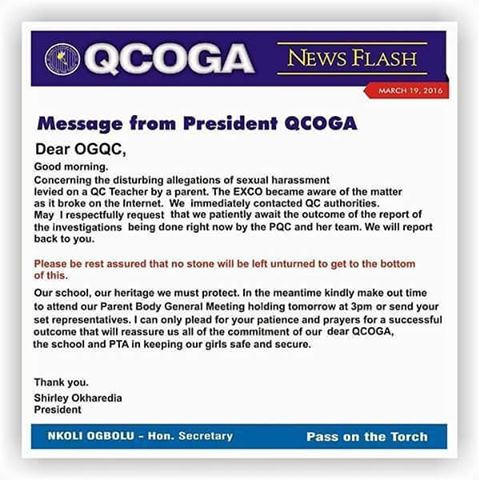 And now, after less than 72 hours, the representatives have their findings. You can read that below. 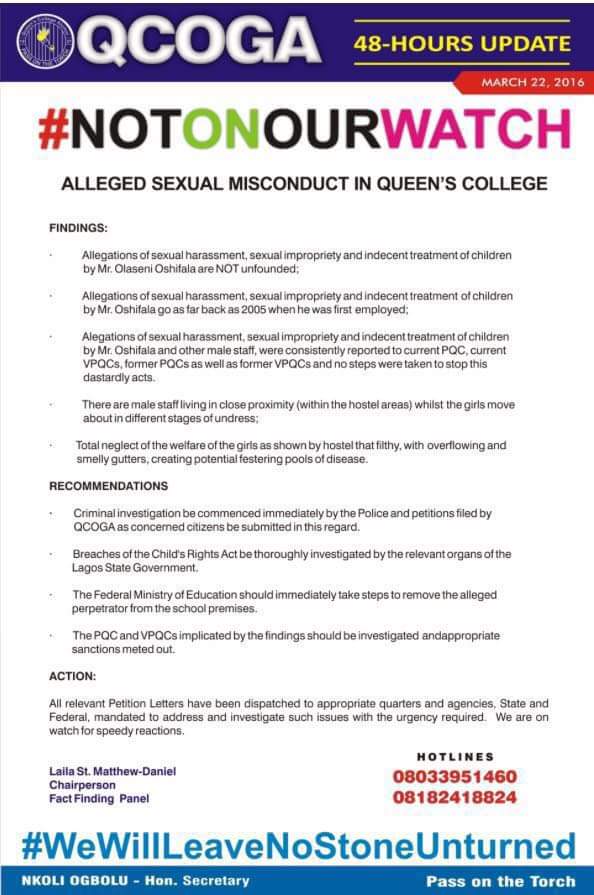 It remains to be seen what action will be taken to move the case forward, but one thing’s sure; This is far from over.