Popular American R&B star, R.Kelly has released a statement confirming that he will be visiting three countries on a tour. This is coming a month after the docu-series, “Surviving R.Kelly”, revealed so many disturbing stories about the singer’s personal life to the public. 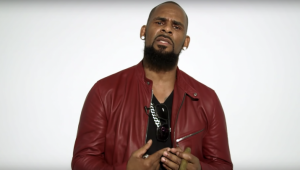 He, however, went on social media on Tuesday to announce that he’ll be visiting Australia, New Zealand, and Sri Lanka. R.Kelly also plans to perform in Germany later in April.

The announcement will be a shock to many as he had been said to be a chronic sexual, physical and mental abuser by underage girls and other young ladies. Although has vehemently denied accusations of the sex crimes, there are still questions about the genuineness of this claims.

Trending: Lady narrates intriguing story of how her parents scolded her for ditching her abusive ex