#ChurchTooMovement, a group that came to life amidst the rape allegations against the senior pastor of Commonwealth of Zion Assembly (COZA), Biodun Fatoyinbo, will be protesting at the church headquarters in Abuja on Sunday.

“If you are outraged by the alleged sexual abuses perpetrated by pastors and so-called ‘men of God’, join us for protest March to COZA church. Meeting point: NNPC filling station, Guzape. Sunday June 30, 2019 8:00am. Dress code: White top,” the notice read. read.

This is not the first time the pastor would be accused of rape. In 2013, one Ese Walter, a member of his church accused him of molesting her.

The popular pastor had also denied the allegation, attributing it to his enemies. 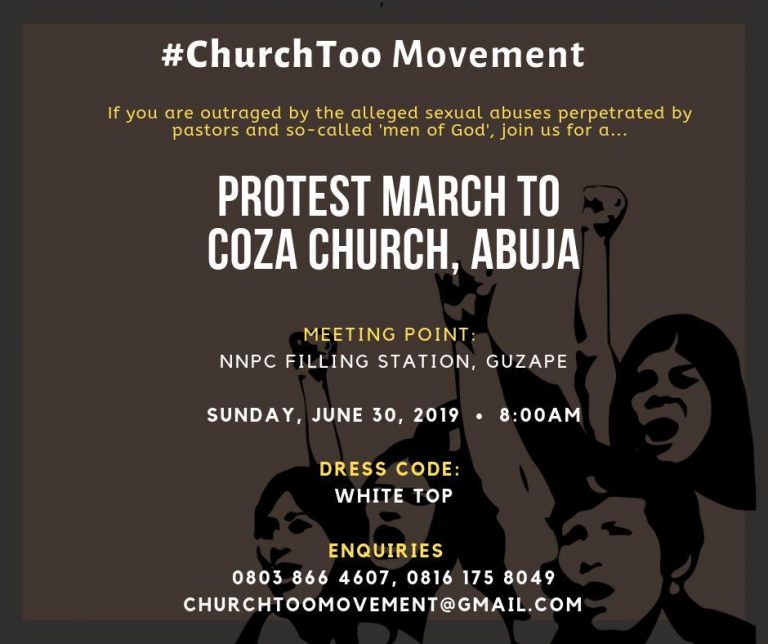 TV Star, Ellen DeGeneres Apologises To Staff After Racism Reports At Her Show