Rape accusations against Neymar may have hit the rocks as the lawyers who had agreed to represent his accuser have dropped the case.

According to them, the accuser’s story was filled with contradictions.

She had approached the law firm with the story that she had consensual sexual intercourse with Neymar but he assaulted her afterward.

However, her story at the police station was different. There, she claimed the PSG forward raped her. 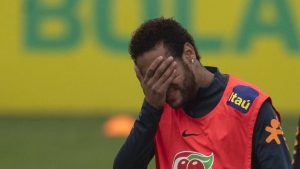 After the news of her accusations spread, Neymar went ahead to post a video of their explicit chats via his Instagram handle, released her name to the public, and shared the sultry pictures she took when she came to see him in his hotel room.

Although his actions somewhat vindicated him, his accuser is yet to drop her accusations, while police have begun to investigate the player’s reason for posting the details of their intimate conversations.

Rape accusation is probably the last problem Neymar would wish to have on his plate at the moment as he had just witnessed one of his worst seasons since he began his professional football career, due to injury.