Songstress, Simi has apologised and deleted a series of angry tweets in which she defended actress, Dorcas Shola Fapson who accused a Taxify driver of attempted rape and kidnapping.

When the news broke, and with many social media users bashing Fapson, Simi had tweeted in her defence: 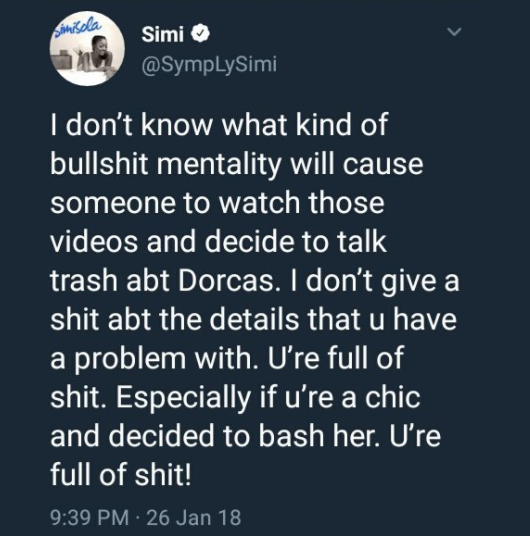 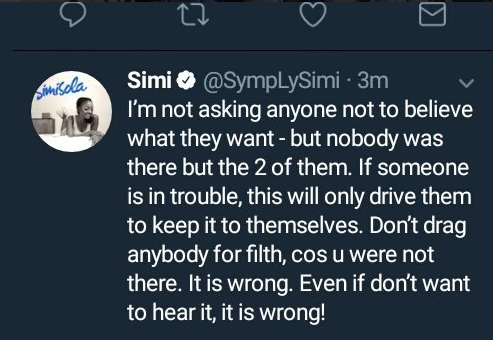 However, she has since deleted the tweets and even apologised to her fans. 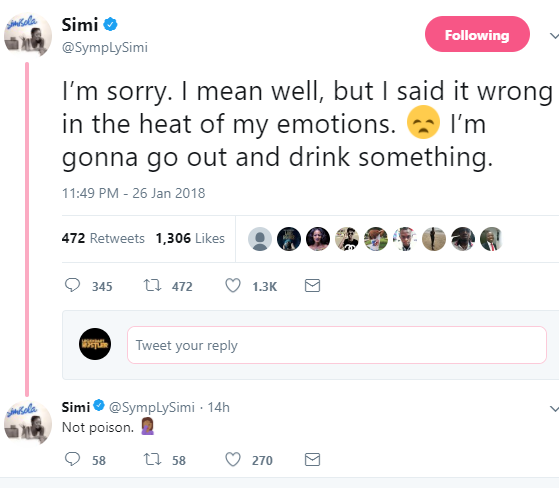 Fapson had accused Henry Nnaemeka of trying to kidnap and rape her but the driver has vehemently.

He has equally instituted a defamation suit against the actress.