Rapper, Makonnen Comes Out Of The Closet, Reveals He’s Gay

American rapper, Makonnen Sheeran who became famous after he was signed on to Drake’s OVO sound has given his fans ‘breaking news’.

The rapper, famous for his “Club Goin Up On A Tuesday” single which was a smash hit back in 2014 took to his Twitter page to reveal that he is gay.

Recall that rumors had prior to his coming out been circulating that the rapper’s girlfriend caught him in bed with a man. 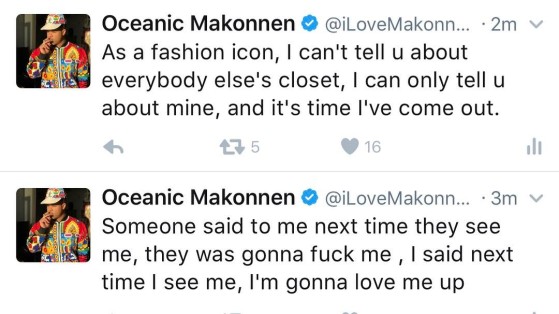 Any Fulani Herdsman You See Around You, Kill Him, Cut His Head – Apostle Suleiman