Nigerian international footballer, John Mikel Obi has written a farewell message to his fans and fans of Chelsea FC where he spent the past 10 years of his football career. 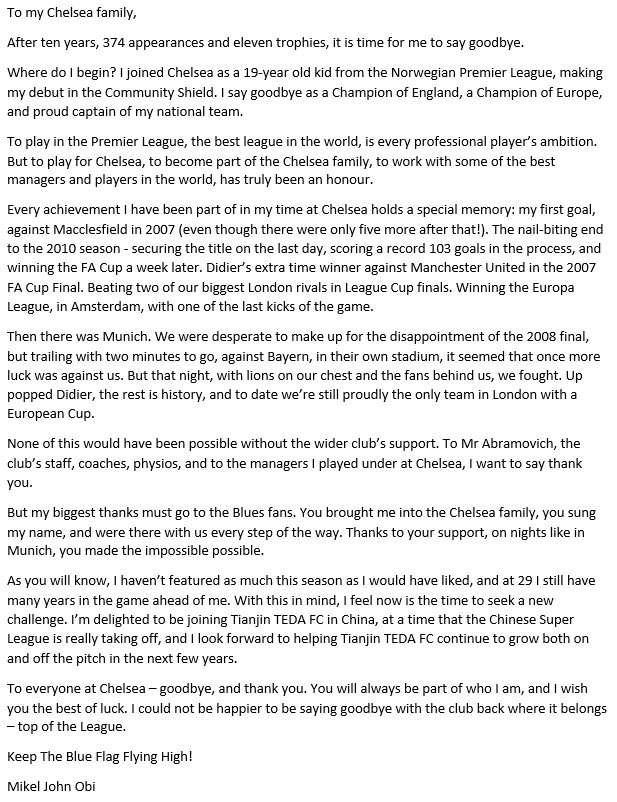