Why I recalled Yobo – Keshi 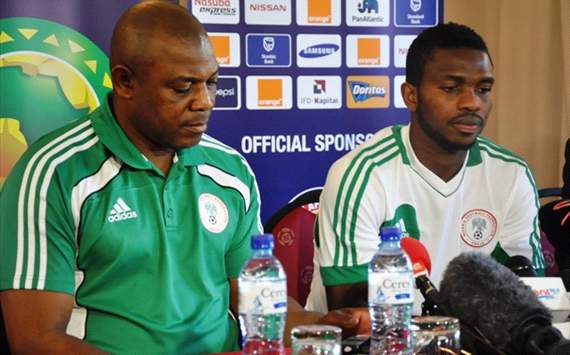 Super Eagles Head Coach, Stephen Keshi has said that he recalled Joseph Yobo into the National Team due to his return to the Barclays PRemier League and his impressive performance against Manchester City as a Norwich City player.

Keshi said, “He played well against Manchester City, which I watched but he must be consistent and we pray he should be in good health. Those are the attributes we want in all the players that will go to the World Cup.”

Yobo had annoyed Keshi when he publicly criticized him for dropping him from the National squad that drew against Kenya in the World Cup qualifier in June 2013.

Yobo disclosed in a press conference at Norwich, “It’s been a while since I was involved with Nigeria. I haven’t played for the Super Eagles since we became the champions of Africa.

“I have spoken to (Keshi) and I think we are on equal basis now so I just have to perform well for Norwich City now and get my place back in the national team,” Yobo disclosed during his first press conference as a Norwich City player.

“I am here (in England) now and my priority now is Norwich City. Hopefully if I do well here, the national team (call up) will just be an addition. It will be a pleasure.”

Yobo is expected to play against Mexico in the friendly which is to hold in Atlanta on March 5th.

Like A Faithful “Wife” Liverpool Will Await Van Dijk – Klopp