Nigerian artiste Reekado banks was quick to respond to what seems to be like a harmless tweet by a Twitter user who also happened to be his fan.

@dotishar tweeted asking for who was present at Reekardo’s Concert and the Mavin star mistook it for an offensive tweet.

He was quick to respond tweeting; “11,000 bro. Take your unimpressive hating ass elsewhere”

However, Twitter users have reacted to this and according to them @dorishar was not trying to be offensive and Reekado’s response was unnecessary. 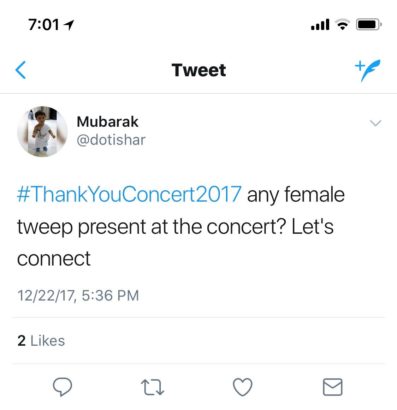 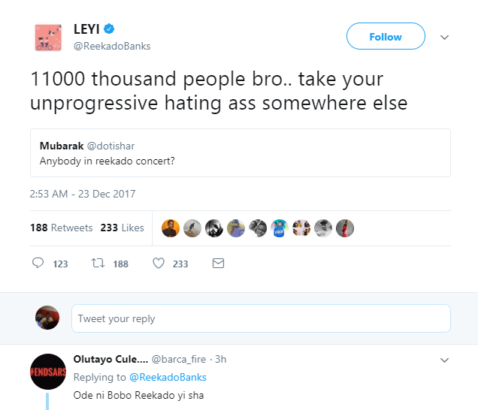 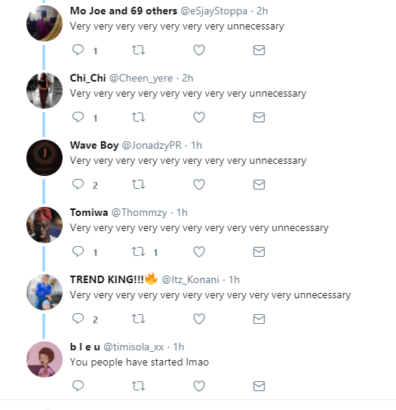