Recall that rumors started making rounds online that Ned Nwoko is set to marry a 7th wife named as Sara.

Sara who was spotted with Regina Daniels in Abuja over the weekend, has also been seen chilling in the pool in Ned Nwoko’s house and also cruising cars Regina Daniels uses as seen in now-deleted videos which she (Sara) shared on her Instastory.

However, Regina Daniels has come out to debunk the rumor, labeling them as false news.

Regina said: “The news about Sara being my husband’s wife is completely false. She is my friend who came visiting!!!” 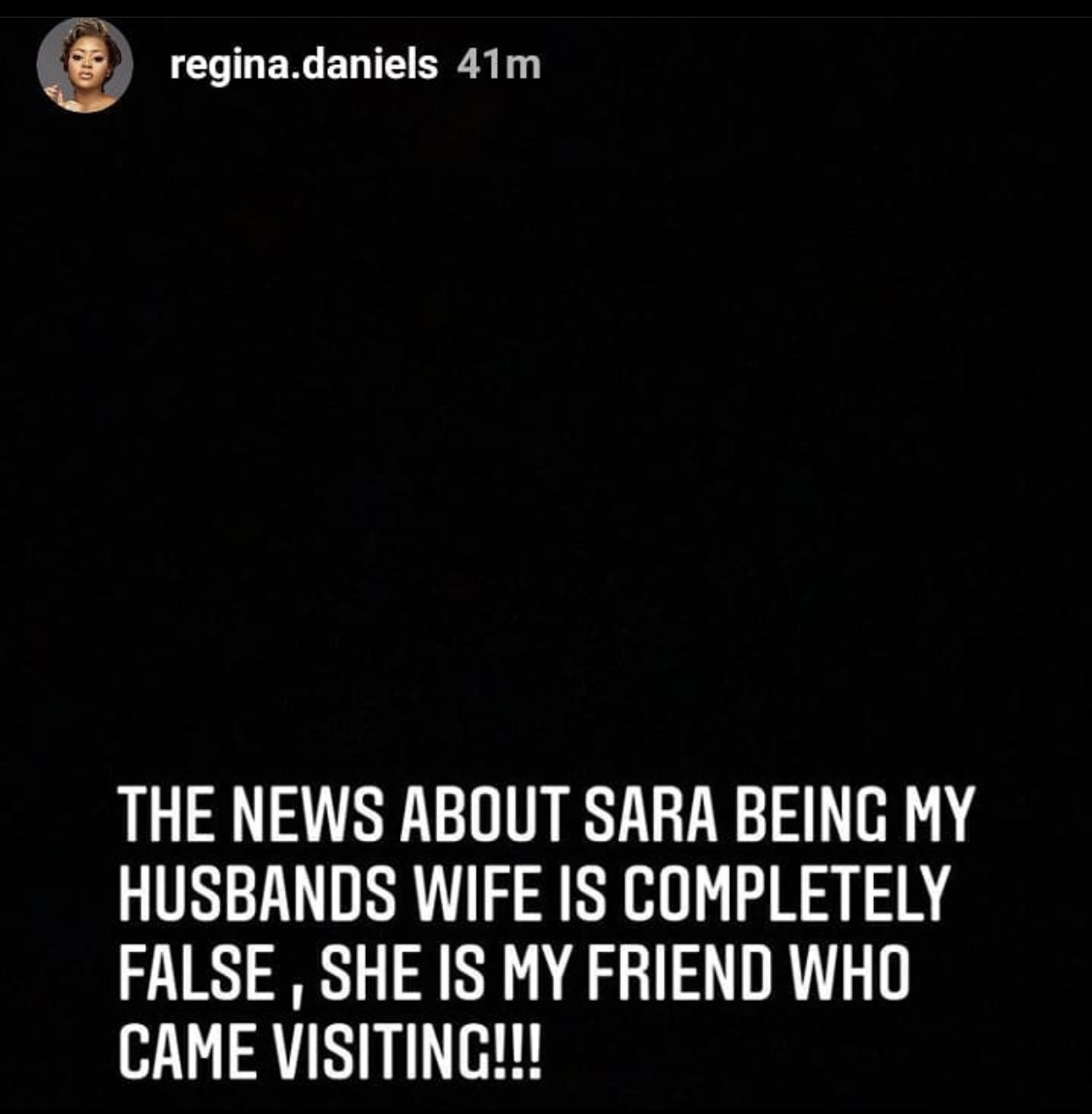 Meanwhile, Nollywood actor, Yul Edochie has recounted a ghastly motor accident he had in 2019 that almost claimed his life.

Recall that back in 2019, Yul Edochie suffered a ghastly accident while on a trip to the eastern part of the country.

According to the actor, he died in the accident, however God brought him back to life.

He said he has now dedicated his new life to “helping people, making the world a better place and spreading the word of God.”