A former aide to the former president Goodluck Jonathan, Reno Omokri took to his social media page on Twitter to express his opinion on who is truly ruling the country.

In a tweet on Thursday, March 10, Omokri gave his take on who ruled the country in the present administration, by making a reference to the influence of Idiagbon in 1984 when Buhari was Head of State. 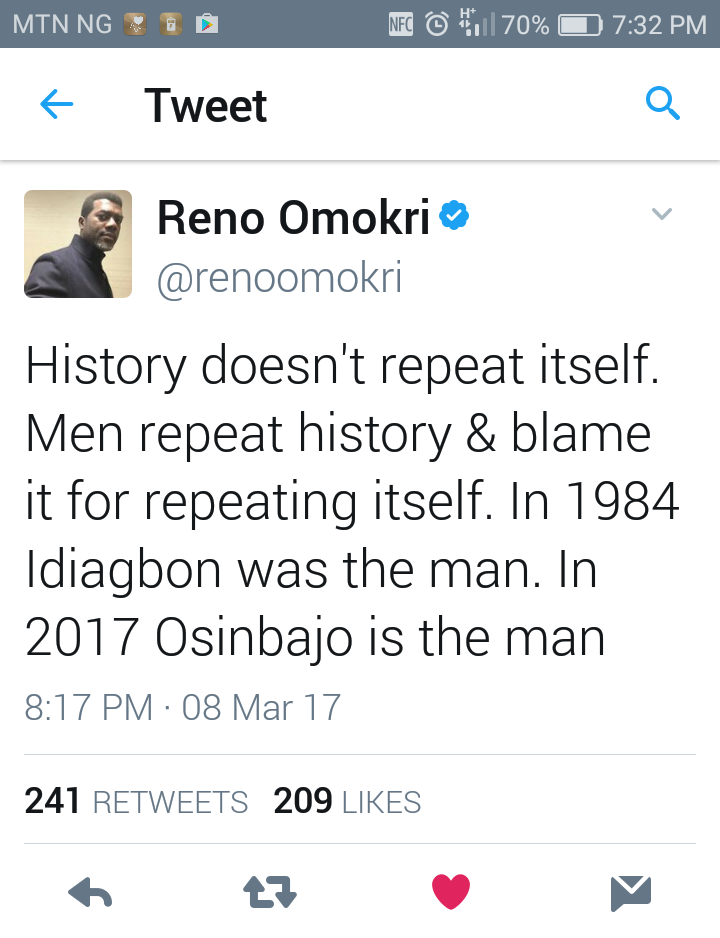