Residents flee as thugs go on rampage in Ibadan

Some thugs in Ibadan, Oyo State capital have rendered residents of the Odo Oba, Idi Arere area temporarily homeless, following consistent attacks on their properties and threat to their lives.

According to reports, residents of the area are being forced to live with fear as the thugs usually carry out the illegal acts randomly.

Giving an account of the event to newsmen from Punch, an eyewitness explained how the thugs had different arms and ammunition which they had constantly used in oppressing those living in the area.

The source said, “Many vehicles packed by their owners along the roads in the affected spots were vandalized, with many people sustaining injuries before the police arrived, hours after.” 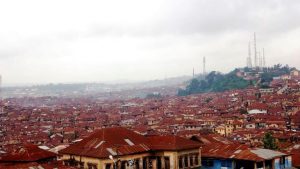 Oyo State police have since confirmed the news through its spokesperson, Mr, Olugbenga Fadeyi. However, no human casualties have been reported since the thugs began to misbehave.

Fadeyi stated, “At 2200hrs of 15/8/2019, a distress call was received that hoodlums are fomenting trouble at Odo Oba/Idi ope area of Ibadan.

“Police patrolmen were quickly moved in to forestall breakdown of law and order.

“Police Control room also drafted some other patrol teams to assist in bringing the situation under control.

“The situation was brought under control and no life was lost.”

Why I posted nude pictures on Instagram – Toyin Lawani