A restaurant in Denver, Colorado has gone viral for charging their customers money for asking stupid questions.

Tom’s Diner, near East Colfax in Denver, Colorado, has been charging it’s customers since the restaurant opened in 1999 so that it can be a bit of fun during the day.

The restaurant charges it’s customers a fee of 38 cents for asking any stupid question. 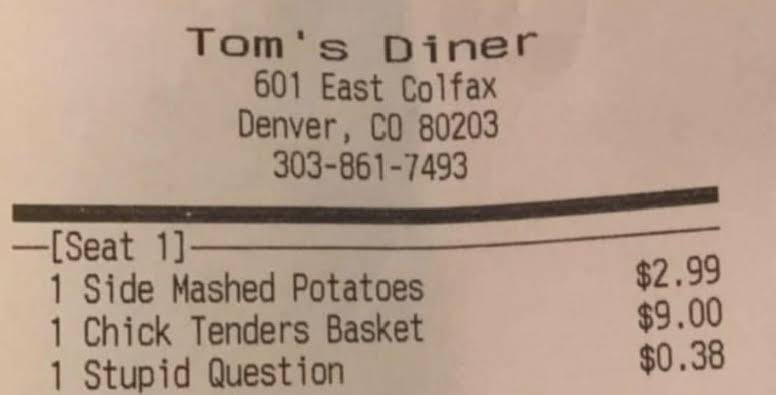 Read also: How to know if you might potentially have PIED

Just recently, someone posted a copy of her receipt that she had gotten from the restaurant. Listed alongside an order of chicken tenders and mashed potatoes was a separate charge of 38 cents for ‘1 stupid question’.

The post sparked many questions, mainly: ‘What the hell?’, ‘Has the picture been Photo shopped?’, ‘Where can I find this restaurant?’ and ‘What even counts as a stupid question?!’

Apparently, ‘Stupid question’ is listed on the diner’s side menu in between ‘Extra dressing’ and ‘Veggie of the Day’. Customers purposely come up with stupid questions just to get charged.

The restaurant doesn’t hand out the fee in a malicious way. Instead, Landry, who is the General Manager says it’s all in good fun, telling TODAY Food: ‘It’s meant to be playful. It’s good to keep things light in today’s world.’

Landry added that: ‘It was 48 cents at one point, but we didn’t want to gauge people.’ 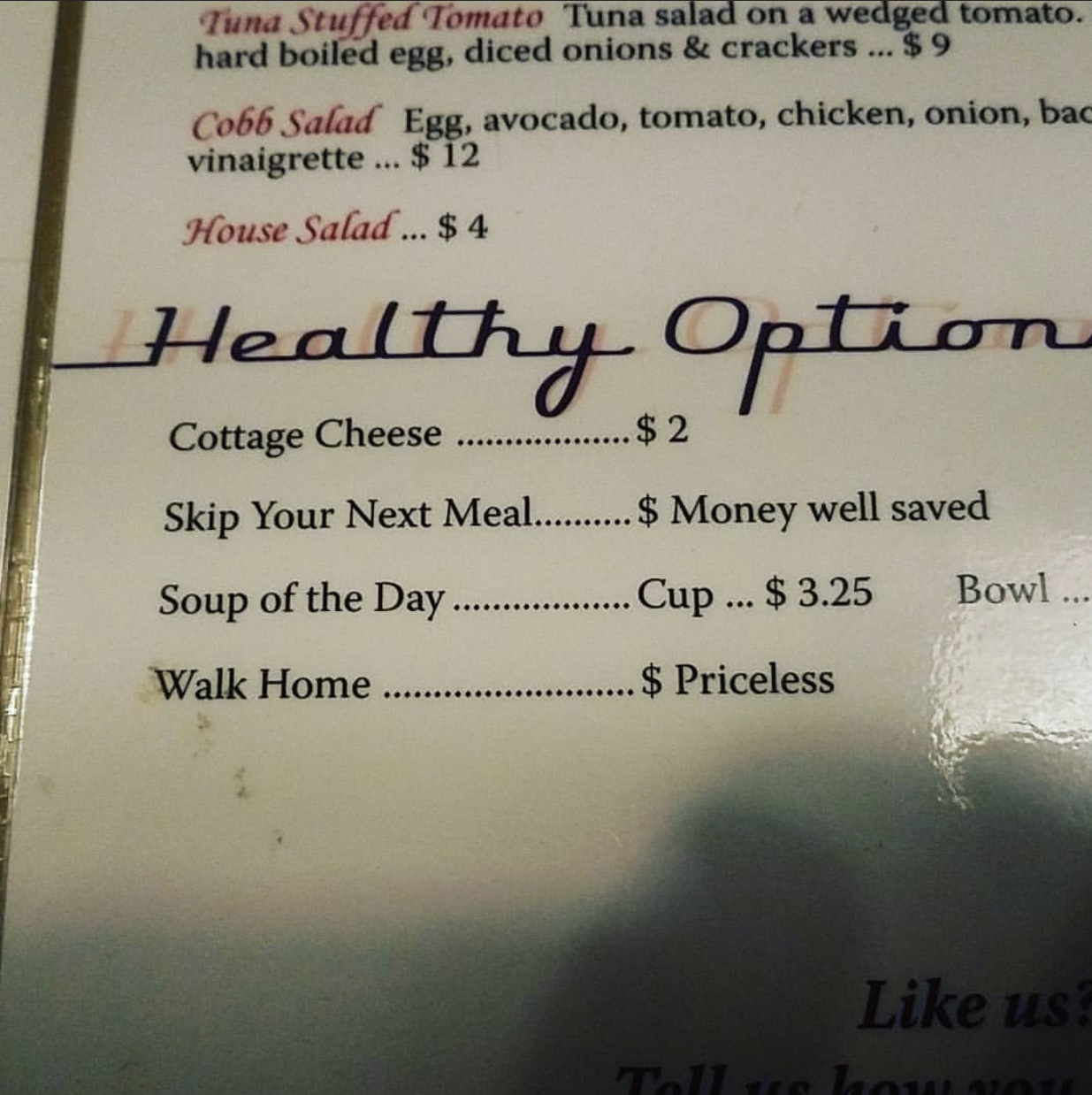 Laundry revealed that the funny option was added to the restaurants menu 20 years ago.