The Leicester and Algerian forward has won the prestigious award after a simply phenomenal season with the Foxes.

Mahrez has scored 17 goals and made 11 assists in 34 league games to take Leicester to the cusp of the title.

The award was voted for by the Algeria international’s fellow professionals.

You can see the voting list of the players below 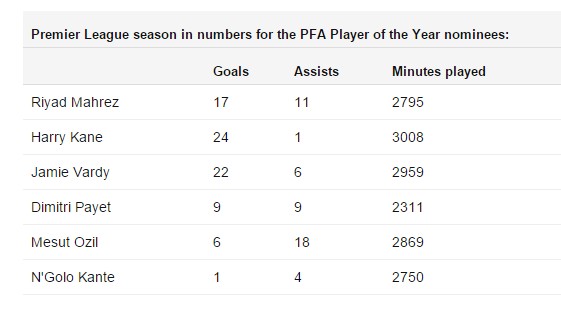 On winning the award, the forward said “All the credit is for them, seriously,”

“And for my manager and the staff. Without them I wouldn’t receive this award and I wouldn’t score. It’s the team spirit, and I want to dedicate it to them.

“It’s extra special because if the players vote for me it’s because they’ve seen I’ve been great this year so I’m happy.

“Without my team-mates I wouldn’t get this award.”

Cleric tasks Christains to live in accordance with God’s covenant