Superstar Footballer, Cristiano Ronaldo who just welcomed twins through a surrogate mother, has just added three diamond encrusted boots to the exhibits of his museum.

The Real Madrid and Former Manchester United attacker, enlisted the help of Tokunbo Daniel, who has had famous clients all over the world to help him make 3 Diamond-encrusted boots, online sources indicate.

Cristiano Ronaldo’s museum now has its latest exhibit, as diamond-encrusted boots commemorating his Premier League stay, are put on display. 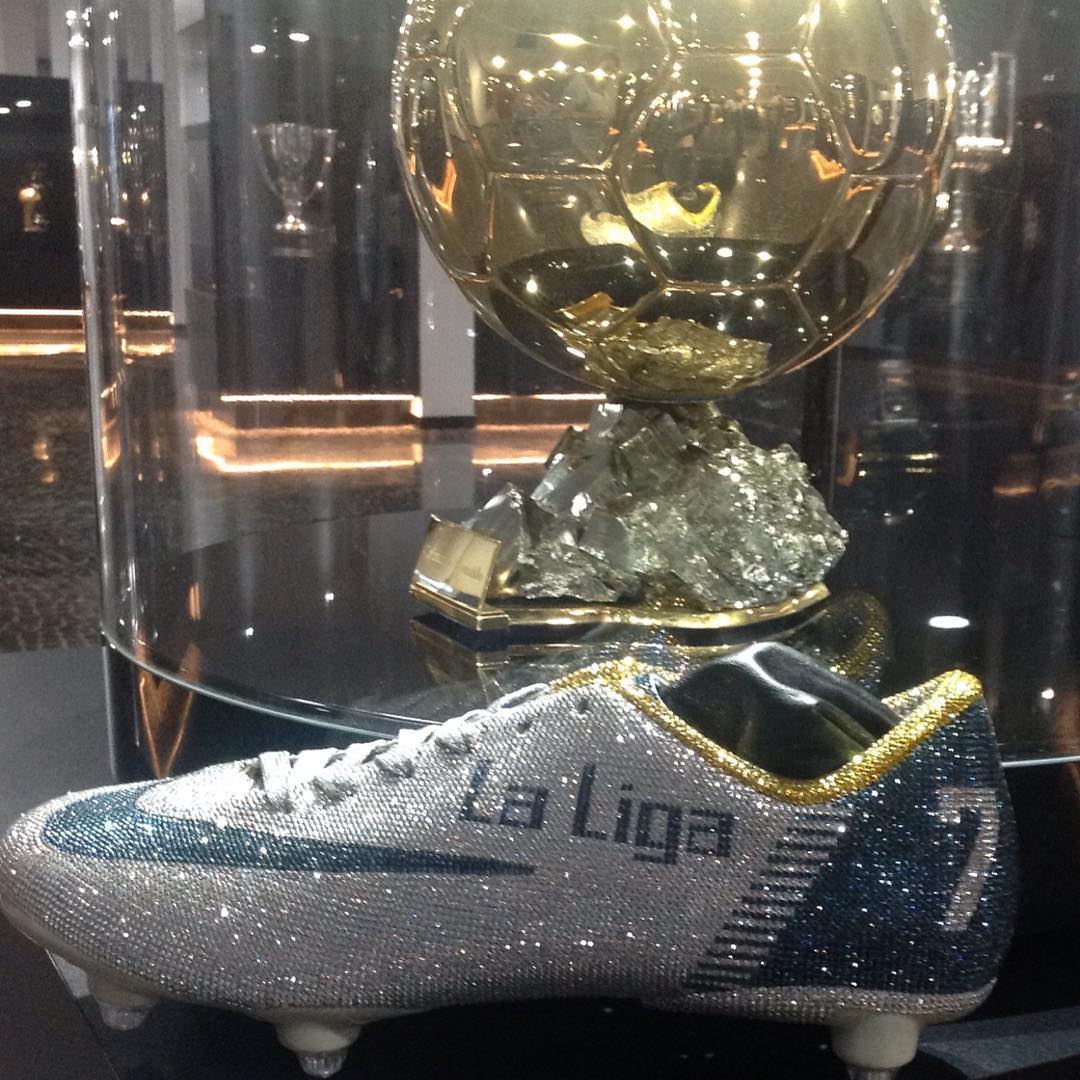 The designs on each of the boots vary accordingly as one boot has a golden heel with Ronaldo’s silhouette, the second’s design indicating a tribute to his time in England with the Premier League logo is encrusted on one side but without the Manchester United emblem, while the third boot is in the colours of Real Madrid.

Driver Bride Transports Groom In A Bus To Their Wedding Venue