Veteran Nigerian rapper and businessman Ruggedman took to his Instagram to shade Toke Makinwa over allegations that she is involved in a relationship with billionaire Festus Fadeyi.

Earlier today there were widespread rumours about Toke Makinwa, who was reportedly called out by Billionaire Festus Fadeyi’s children for dating their father.

In reaction to the accusations, the OAP personality in a cryptic post wrote, “if I can take the good I can’t complain about the bad.”

Recall that Toke Makinwa’s marriage to fitness instructor Maje Ayida had crashed over allegations of infidelity after her husband’s lover gave birth to their child.

Ruggedman in his post accused her of doing same thing which she claimed was done to her while still married. 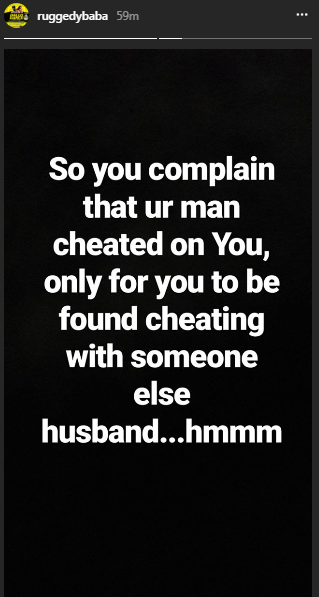 Why Obama wanted Jonathan out of office- Bolaji Abdullahi

Patience Ozokwor Rejoice’s Over Amazing Birthday Gift From Her Children