African football legend, Samuel Eto’o Fils, who actually needs no introduction if you are a soccer fan, is clearly a man who loves to spend money on exquisite cars.

Eto’o, who is the most decorated African football player of all time, having won the African Player of the Year award a record four times in 2003, 2004, 2005 and 2010, revealed that cars gives him joy.

The Cameroonian striker once gifted a Porsche Cayenne and a check of 30,000 euros to Cameroon football legend Roger Milla as a token for Christmas.

He said :
“I like to have a few cars because it gives me choice and it doesn’t hurt anybody. To give happiness, the first thing is to be happy oneself, and I am.”

Below are some of the jaw-dropping  car collections owned by a player who once received about ₦9.8 billion Naira (23.3 million euros ) a year from Russian club Anzhi Makhachkala. 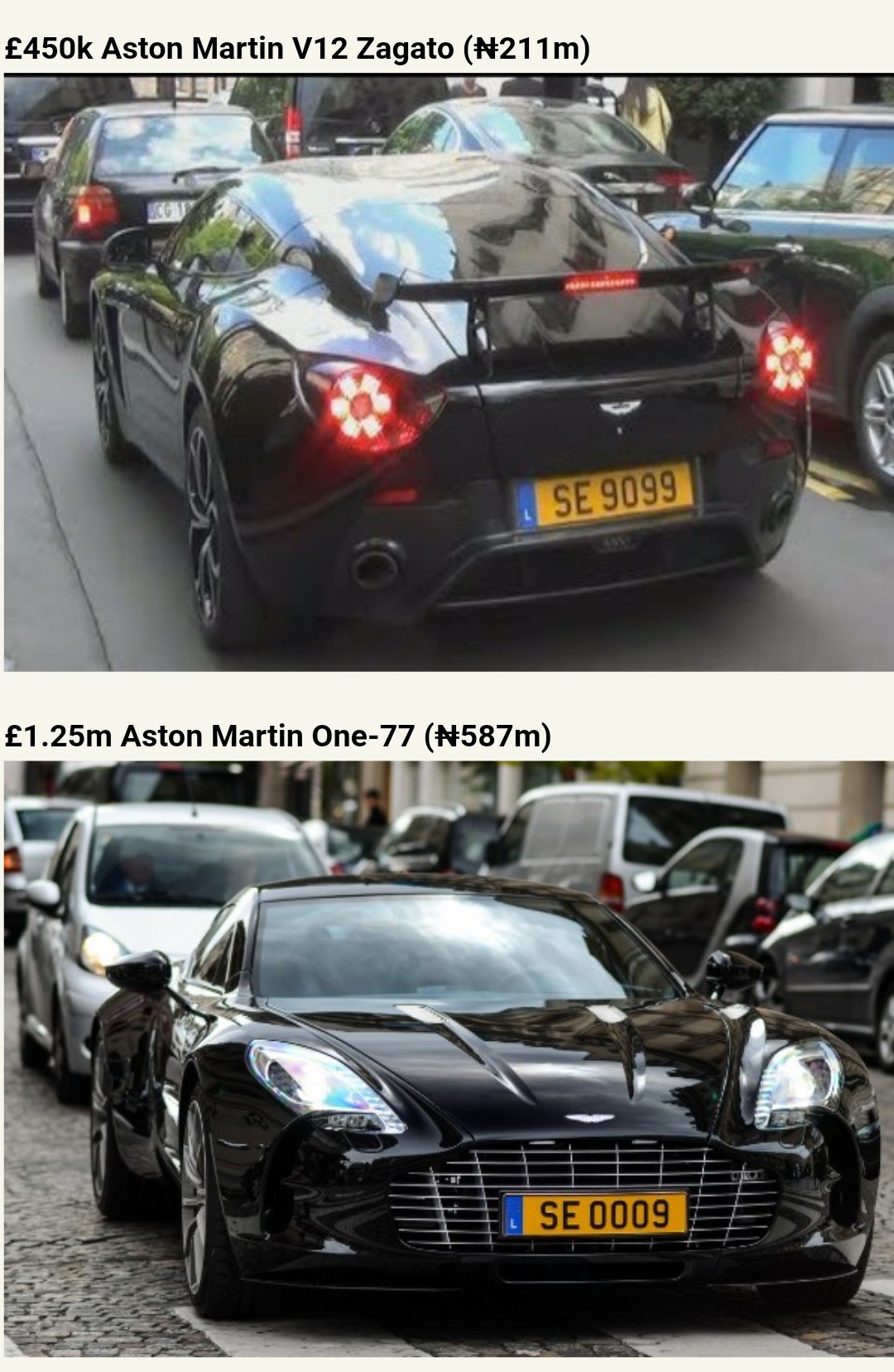 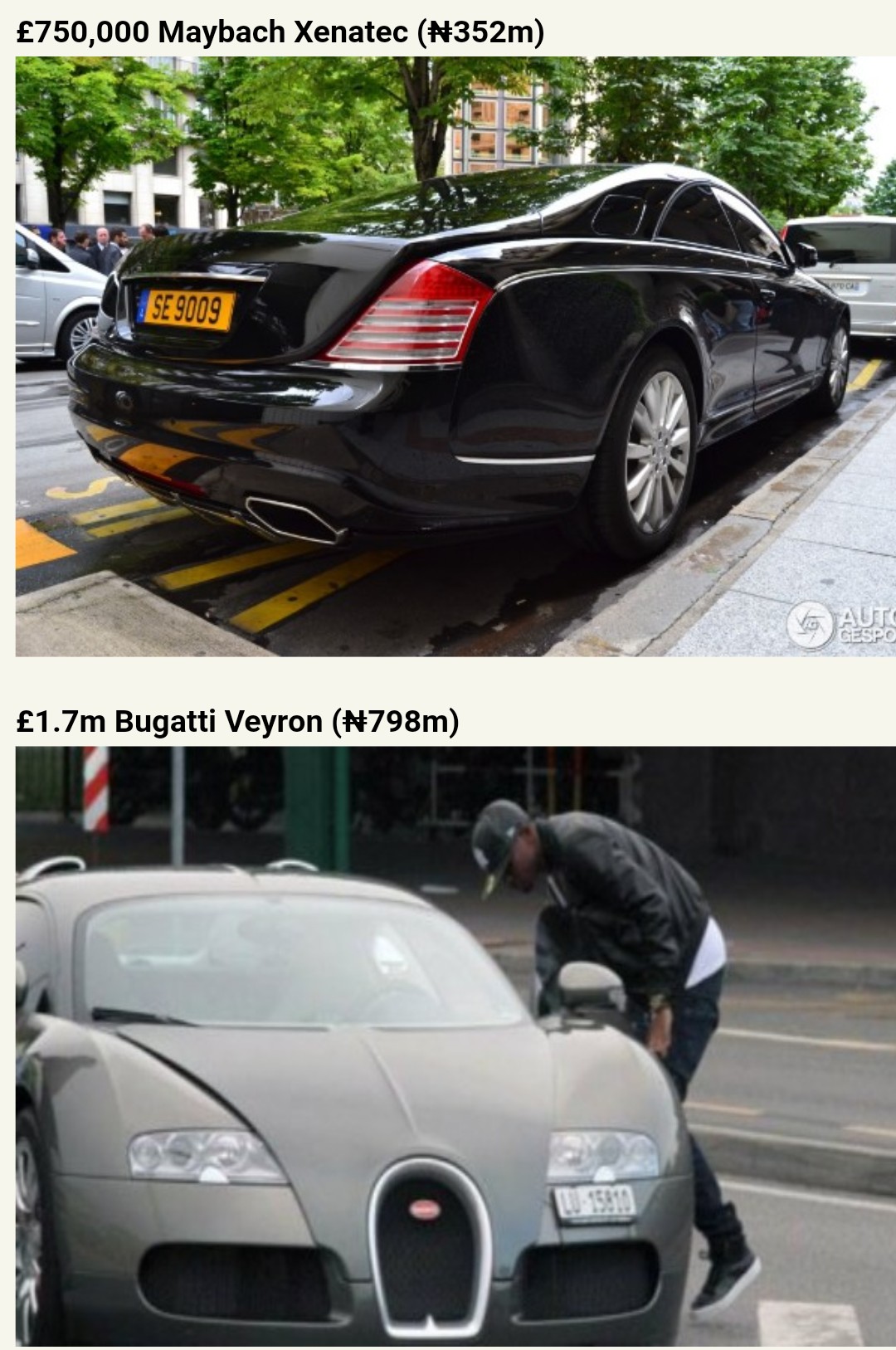 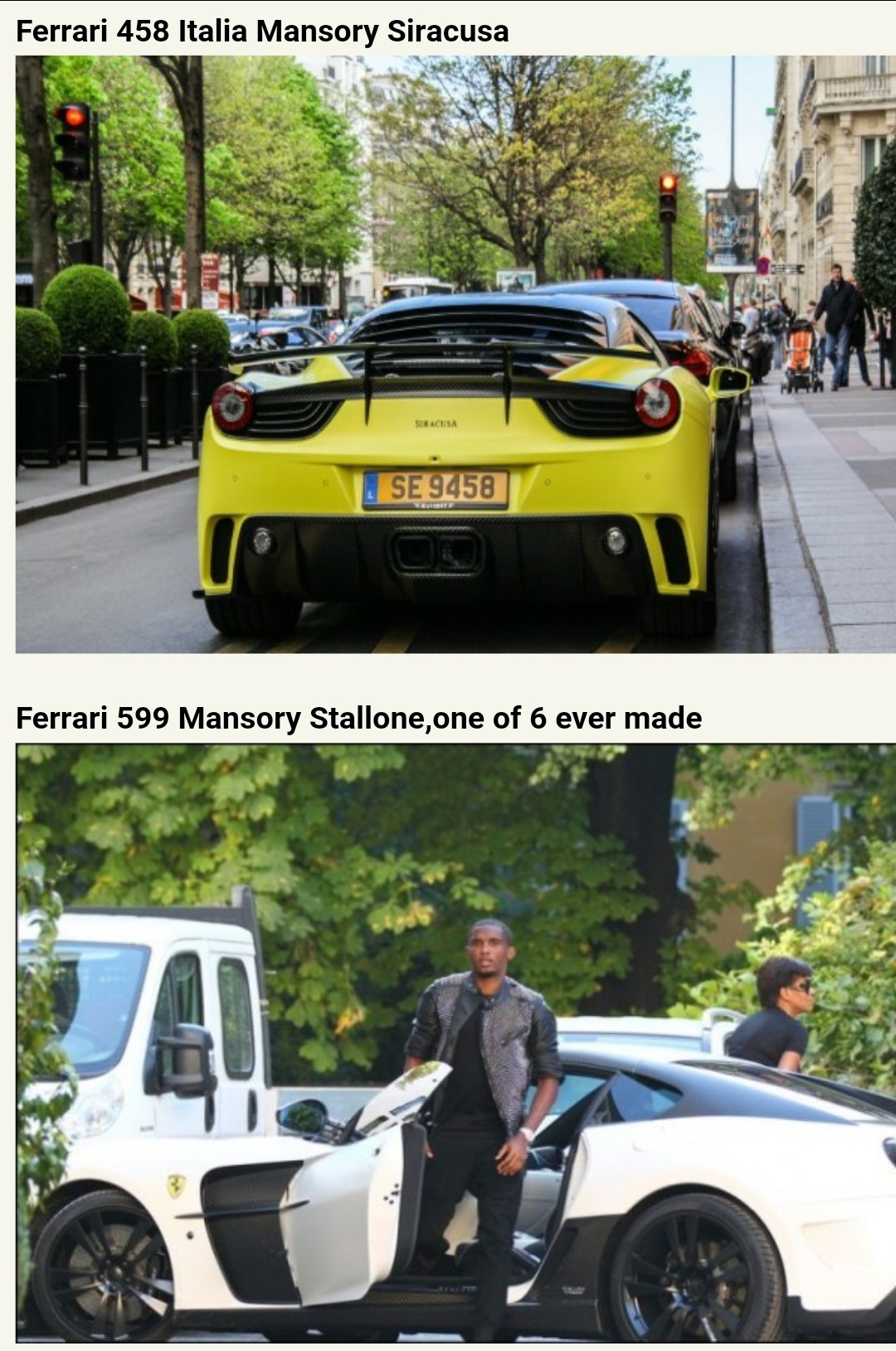 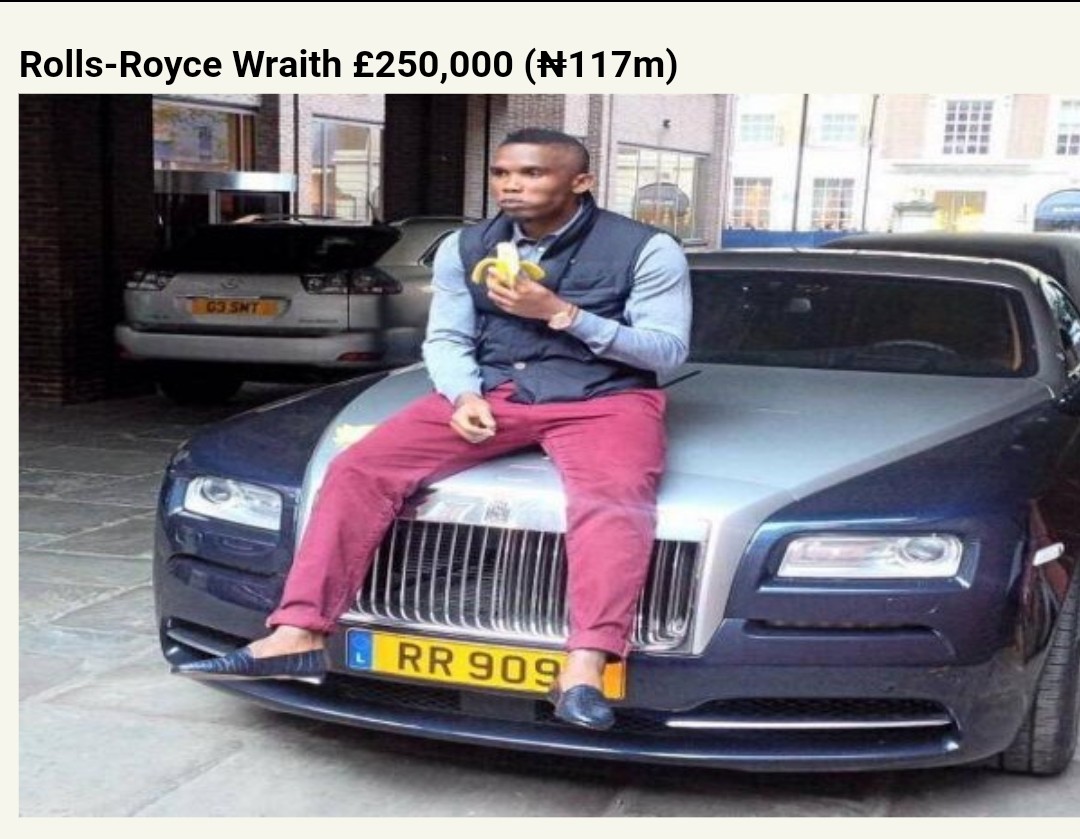 Read also :PDP To APC: Your Direct Primary Is Ploy By Buhari To Rig 2019 Elections

PDP To APC: Your Direct Primary Is Ploy By Buhari To Rig 2019 Elections