A Senior Advocate of Nigeria, Joe-Kyari Gadzama, has commended the National Judicial Council for its move to inject sanity and restoring credibility into the bench. 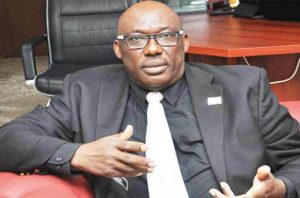 This commendation comes on the heels of the NJC recommending to President Muhammadu Buhari the compulsory retirement of a justice of the Ilorin Division of the Court of Appeal, Justice Mohammed Tsamiya.

Justice Tasmiya was sanctioned over allegations of meeting with a party to a case before him, Nnamdi Oji, three times and on each occasion, demanding the sum of N200m to influence the Court of Appeal panel in Owerri, which sat on election cases that arosefrom the 2015 general elections.The NJC also recommended the Chief Judge of Enugu State, Justice I. A. Umezulike, for compulsory retirement and Justice Kabiru Auta of Kano State High Court for dismissal.

The NJC recommended Auta for prosecution over an allegation of collecting N197m from a man simply identified as Alhaji Kabiru, who wrote a petition to the NJC against him.

A Nigerian Law website reported that Gadzama, however, advised that a lot still needed to be done by the NJC to reposition the judiciary, saying the sacking of the three judges was not enough as many things were still wrong in the nation’s judiciary.The SAN spoke with journalists on Saturday in Abuja on the sideline of the Independence Golf Tournament sponsored by the Nigerian Breweries Plc