The brother to the brave cancer patient who is supposed to travel to receive treatment took to his twitter a few days ago to give an update on the situation.

He did so in a series of tweets explaining that due to the investigation by the police on the matter, Mayowa’s trip to the UAE had to be rescheduled and she therefore missed the recommended time she was to go.

It is unknown whether Mayowa has actually left the country as it was alleged yesterday by outspoken OAP Freeze that Mayowa might still be in the country.

The OAP said that if this is true it then raised to questions;

1) Why is she still in the country even though the money has been raised and (2) Why has the story died down in the media and isn’t being talked about.

Mayowa’s brother’s tweets might bring some enlightenment as there is a lot to be procured before she can finally leave.

Below you can read his tweets which are numbered, read from bottom to top. 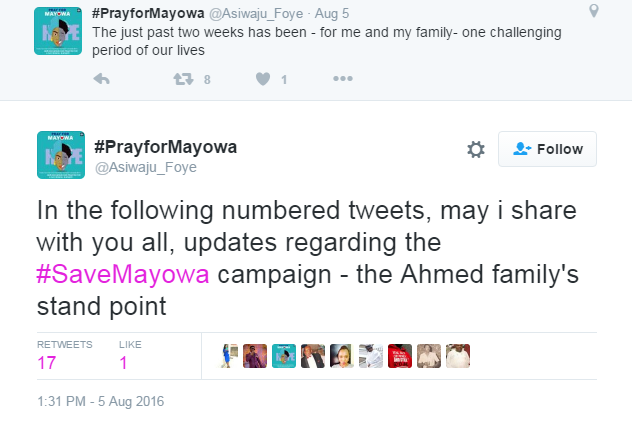 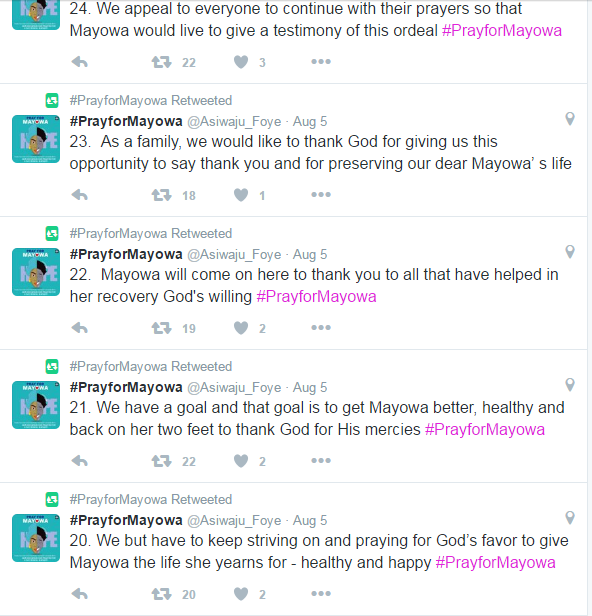 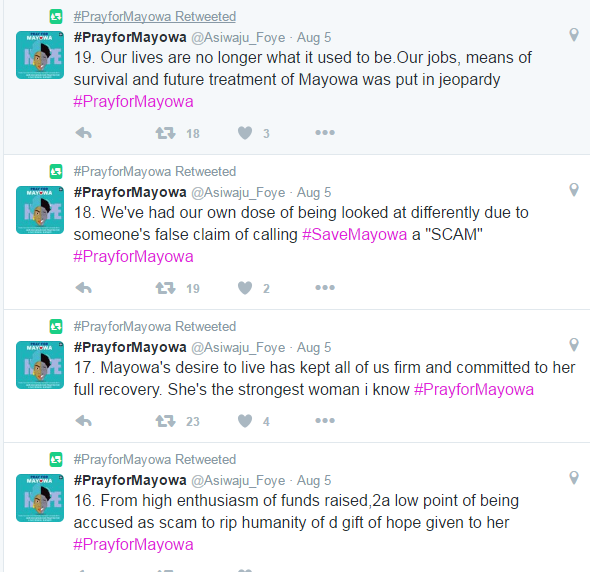 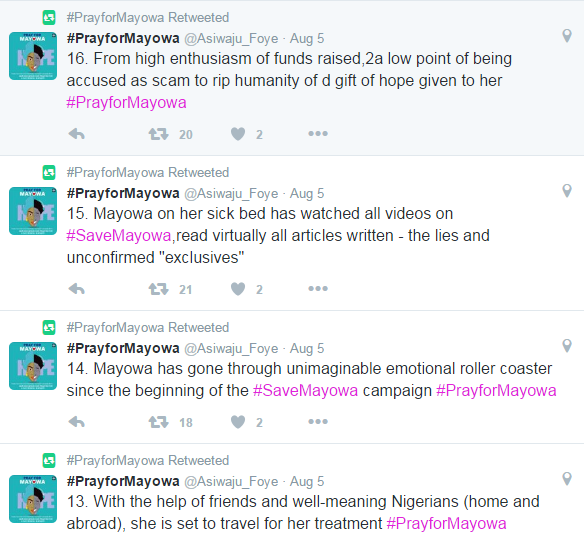 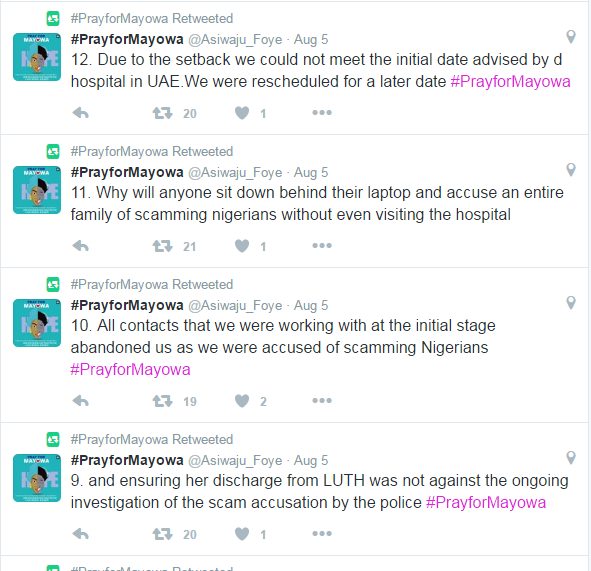 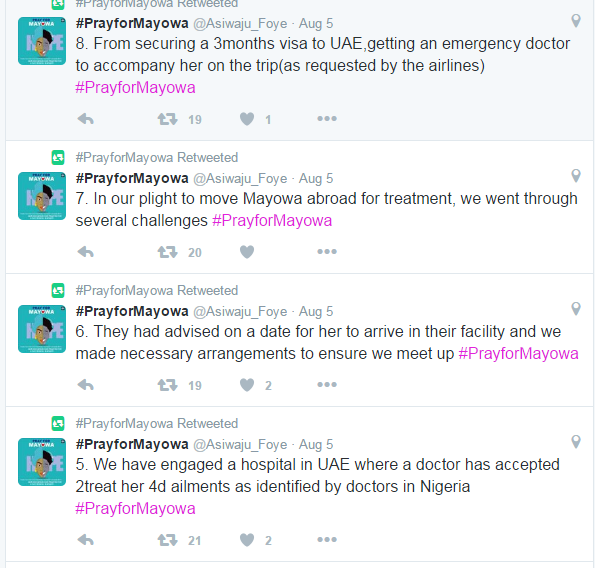 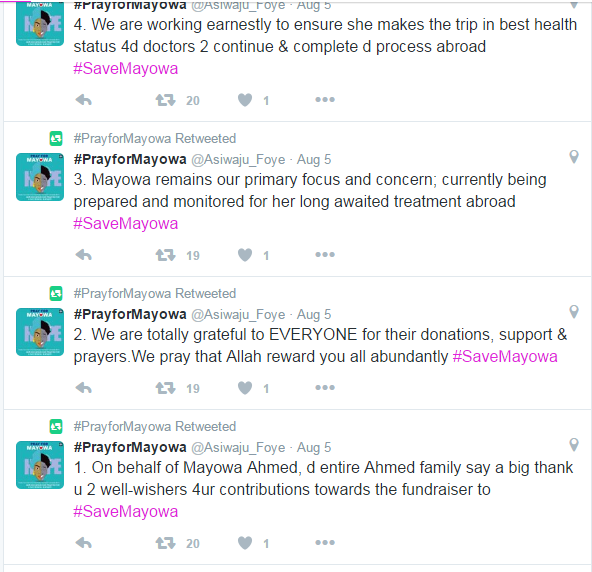