Scores dead as Shiites clash with Police in Abuja (photos)

A peaceful protest degenerated into a riot today in Abuja, Nigeria’s Federal Capital territory after members of the Islamic group, Shiites clashed with Policemen.

Before things became awry, the protesting group had reportedly been warned to not extend their protests to some areas at the Capital region.

However, their warnings were ignored as the group marched on.

Recall that the Islamic group has been demanding for the release of their leader Ibrahim, Elzakzaky who had been held by the Federal Government over some criminal offenses.

According to reports, as the officers tried to stop the protesters from progressing beyond the boundary that had been set, some Shiites fired shots at them and things quickly escalated from there.

As at the time of this report, the number of persons already dead cannot be ascertained.

Members of the group equally burned down a National Emergency Management Agency bus.

Below are images from the scene of the clash. 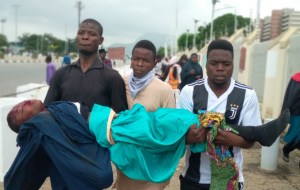 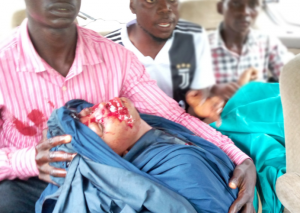 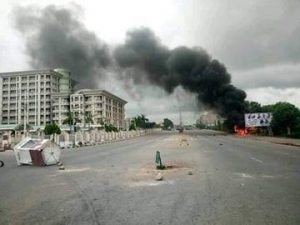 FG on security: Crises have been present before we came into office

Obasanjo returns to Prison once I become President – Fayose

We are expecting Weapons from the US, Jordan and China – President Buhari