Yesterday it was announced by the Federal government that the subsidy for petroleum products had been removed and that there was a recommended pump price for fuel at N145 per liter.

You will recall that back in 2012, there was a similar action and the immediate aftermath was arguably the country’s biggest protest ever. #OccupyNigeria became the umbrella through which everyone banded together in their common defiance.

There have been ripples already with the NLC stating that they would fight against the increase.

Nigerian twitter has joined in the fight with many complaining about the increase especially when no increase in salaries or income is forthcoming. They also lamented the apparent hypocrisy of the APC who were against the increase back in 2012 and are no performing an about face and trying to be diplomatic in their explanation.

You can see some of their reactions below. 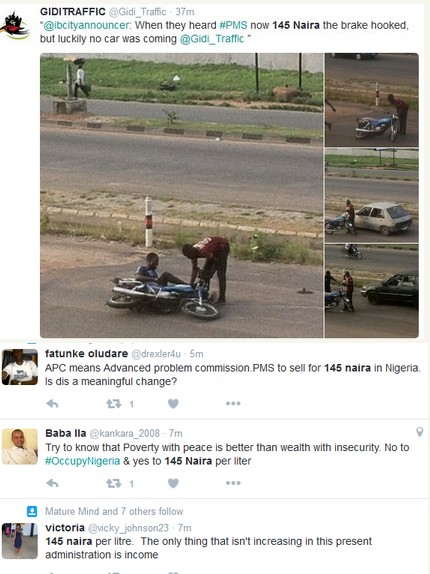