Toni Payne kick started what degenerated into a war of words by tagging the former minister in a tweet which questions the role of celebrities in the increasing case of child abuse in the country.

In her tweet, Toni accused Nigerian celebrities of being more interested in the publicity speaking up will bring them than in believing in the cause.

To this the BBOG champion replied: “Thanks Yankee. But do read your tweets again my dear young woman and stare down hard at yourself before a mirror.” 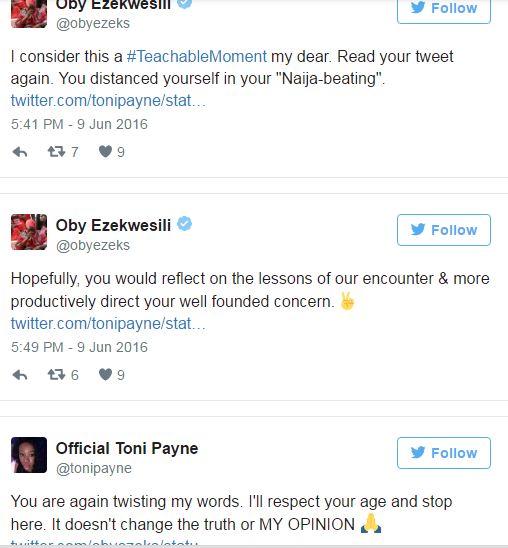 German rail to introduce driverless trains as early as 2021