Last Week a Judge of the Federal High Court gave an order allowing the Federal Government to freeze the assets of two Nigerian businessmen Kola Aluko and Jide Omokore, and their company Atlantic Energy.

The two and their company were caught up in allegations involving receiving contracts illegally from ex-Petroleum Minister Diezani Madueke.

They were able to amass a large amount of assets with the money that they had, but the courts have allowed these assets to be frozen or seized.

Below is a list of the assets affected valued at around $1.8bn. 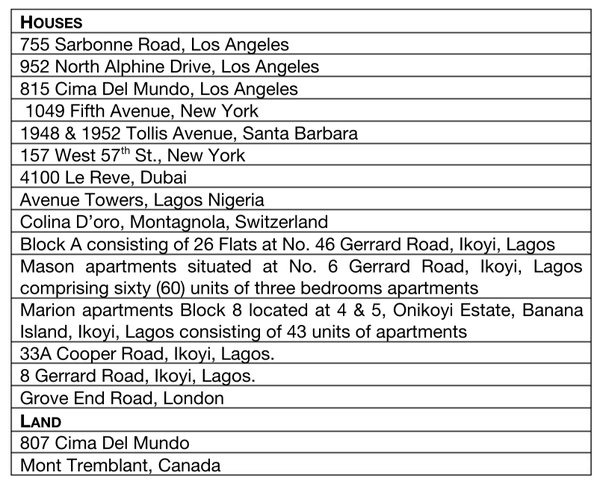 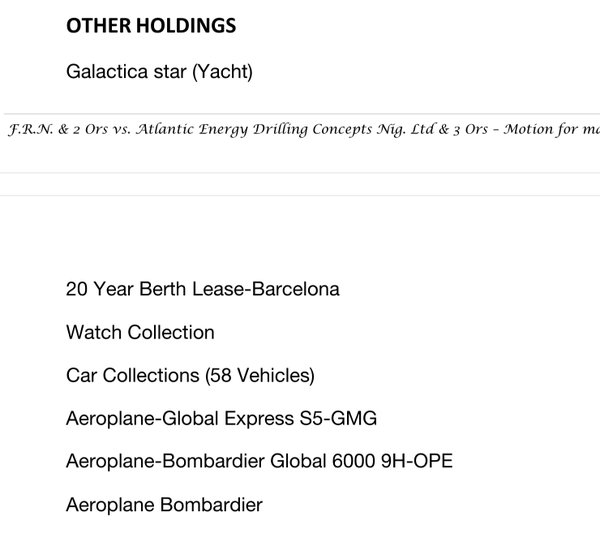