The disk jockey lost his life last weekend, following a fatal collision with a car. However, the footage has now revealed that the musician had been performing some stunts before the accident and may have been up to another round when he rammed into a moving car at a junction. 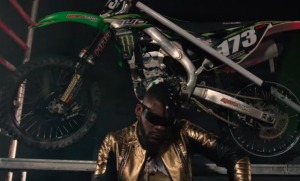 Although he was quickly rushed to a hospital for treatment, DJ Arafat had sustained a fractured skull and was pronounced dead in Abidjan on Monday.

His fans around the world have since taken to social media to express their sadness over his death as many believed that he had a promising career, far beyond the level of accomplishment he had attained.

See the moment the accident occurred below.

Lola Omotayo-Okoye Celebrates Her Daughter, Aliona As She Turns 8 Today