Iran has executed a 27 year old wrestling champion, Navid Afkari over an alleged murder. According to the Iranian Government, Navid was found guilty of stabbing a government worker to death.

The incident allegedly occurred during anti-government protests in 2018 in the city of Shiraz. Authorities accused him of stabbing a government worker in the water department, Hossein Torkman to death on August 2, 2018. 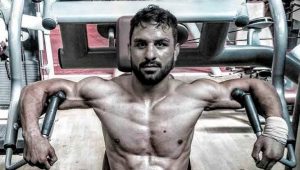 Anti-government protests and demonstrations against economic hardship had broken out in the city of Shiraz and other major cities across Iran between July and August 2018.

The family of the executed wrestling champion as well as civil society organisations accuse the government of framing Navid and executing him unjustly.

There had been a national outcry against his arrest and detention. Reports from local sources also accused the government of extracting a confession from the wrestling champion under extreme torture.

The government however denies the accusation saying the family of the victim insisted on the death sentence being carried out immediately. 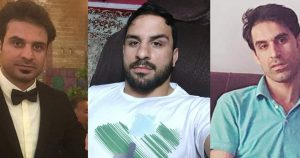 Late Navid’s lawyer, Hassan Younessi however faulted the position of Iranian authorities citing the law that says a convict has a right to meet his family before execution. He said his client was denied the privilege of a last visit from his family.

He revealed further that efforts had been underway to send a delegation to the family of the murdered government worker to ask for forgiveness as allowed under Iranian law.

U.S. President, Donald Trump had also joined in the international campaign to free the wrestling champion, pleading with Iranian authorities not to execute the young man for expressing dissent.

“To the leaders of Iran, I would greatly appreciate if you would spare this young man’s life, and not execute him. Thank you!” the US President pleaded via Twitter.

Buhari thanks Obaseki for beating APC in Edo