A Nigerian man identified as Austine Okonkwo has been insulted on social media after he stated that he enjoys sleeping with young girls between the ages of 12 and 14.

The young man took to the comment section of a Facebook group SugarBtips, where a lady had written on how she caught her husband with her 12-year-old niece.

According to the lady, she wakes up in the middle of the night most times, only to discover that her husband is not by her side. She then decided to look for him within the house one day and saw him having sex the 12-year-old girl.

Apparently, this didn’t come as a shock to Austine as he revealed that if he was her husband, he would have kicked her out of the house and married the 12-year-old girl to allow him have sex with her when ever he wanted. 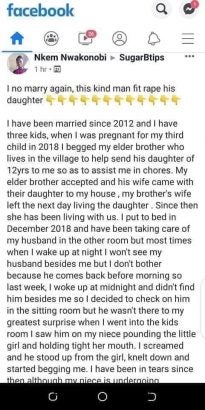 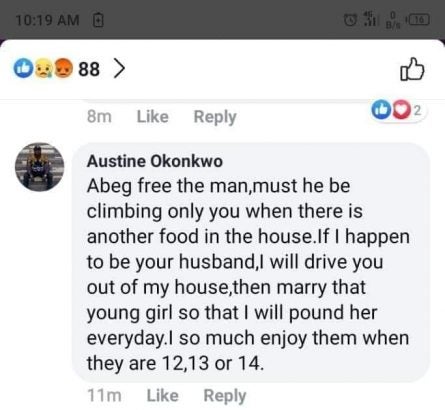