Shithole Country: Nigerians want Trump to call out African leaders to their face

Although President Trump had come out to deny calling the aforementioned countries “shitholes”, some citizens of the largest African nation in the world want Donald Trump to keep up such rhetoric and verbally bully African leaders into sitting up and transforming the nations they are leading.

Nigeria, the largest oil producer in the world is in such a state of terrible leadership that if you were to save one naira every day for a whole year, at the end of the year you would have saved $1.

Ironically it is also one of the countries in the world with the highest open defecation rates. Human rights abuses are at an all time high, and there is currently suspicion from around the country that the country’s muslim leader is empowering terrorists to carry out attacks across some sections of the country due to his handling of the situation between herdsmen and farmers.

Here are a cross section of remarks on Nigeria’s most popular forum and social media news site as regards President Trump’s alleged remarks: 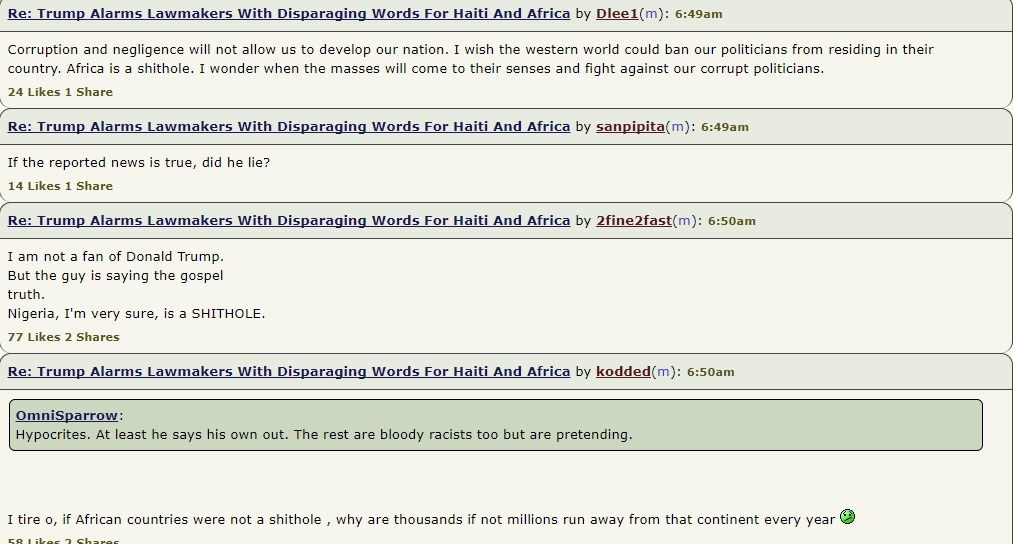 TUC vows to resume strike in 2 weeks if…