The sight of a  silver-coated beggar on the streets would leave one startled but they have become a common occurrence on the streets of several Indonesian cities.

Known as Manusia Silver or “Silver Men,” they are a special type of beggar inspired by the street performers who used metallic paint to transform themselves into living statues and wow passers-by with their doll-like movements.

These “Silver Men” have become a common sight in the South-East Asian country of Indonesia and the look was adopted not for any special significance or ties to Indonesian culture.

It is gathered that the beggars opted for this look because it makes them stand out and thus increases the chances of people giving them money.

To achieve the look, most Coated Men simply spray-paint themselves with the metallic pigment, grab a cardboard box and walk among cars on busy roads, hoping that someone spares some change. For many, it’s like a job, one that puts food on the table. 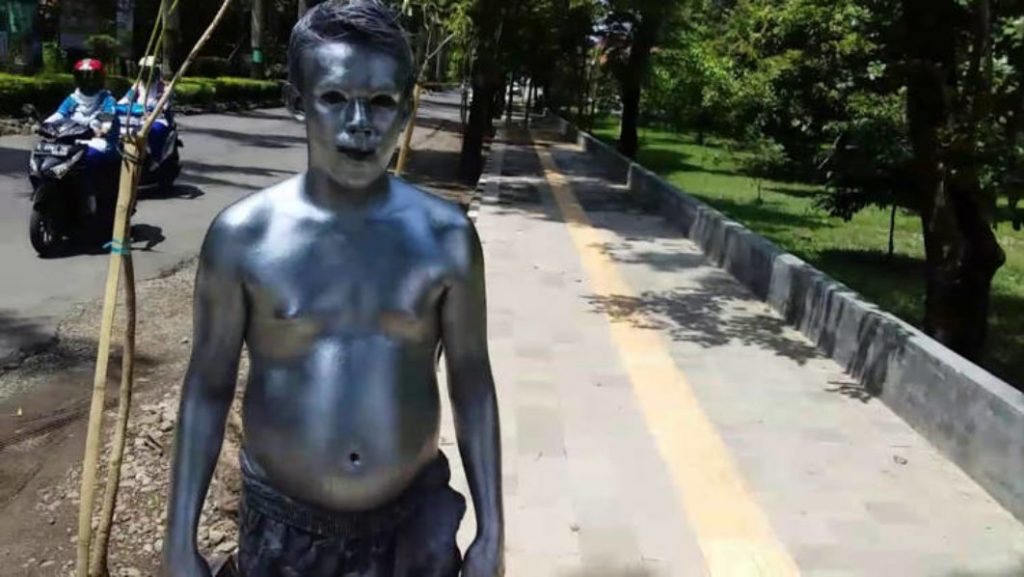 The rise of the Silver Men in Indonesia about a year ago has generated a lot of buzz and gotten a lot of attention from both the traditional press and social media.

This attention has prompted many regular beggars to adopt the shiny, metallic look but it is gathered that the numbers are soaring and causing a nuisance.

According to recent articles in Indonesian press, police have been cracking down on Manusia Silver, arresting and fining them to discourage them from pestering people for money.

Daily Devotion: Watch Your Words at all Times II