Popular musician, Simi has apologised for a comment in which she appeared to insult those with tribal marks.

In a video she released as part of #fvckyouchallenge, she had used an old Yoruba expression that when translated to English means: Do you think I’m stupid?

Started by Kizz Daniel, the #fvckyouchallenge has seen many other artistes like Tiwa Savage, Dremo, Falz, Simi and many others jump on it to release covers.

But some people took exception to Simi’s expression “sè mo kòlá ní” in her #fvckyouchallenge cover, as they termed it derogatory to those bearing tribal marks on their faces.

She then deleted the video and has released an apology. 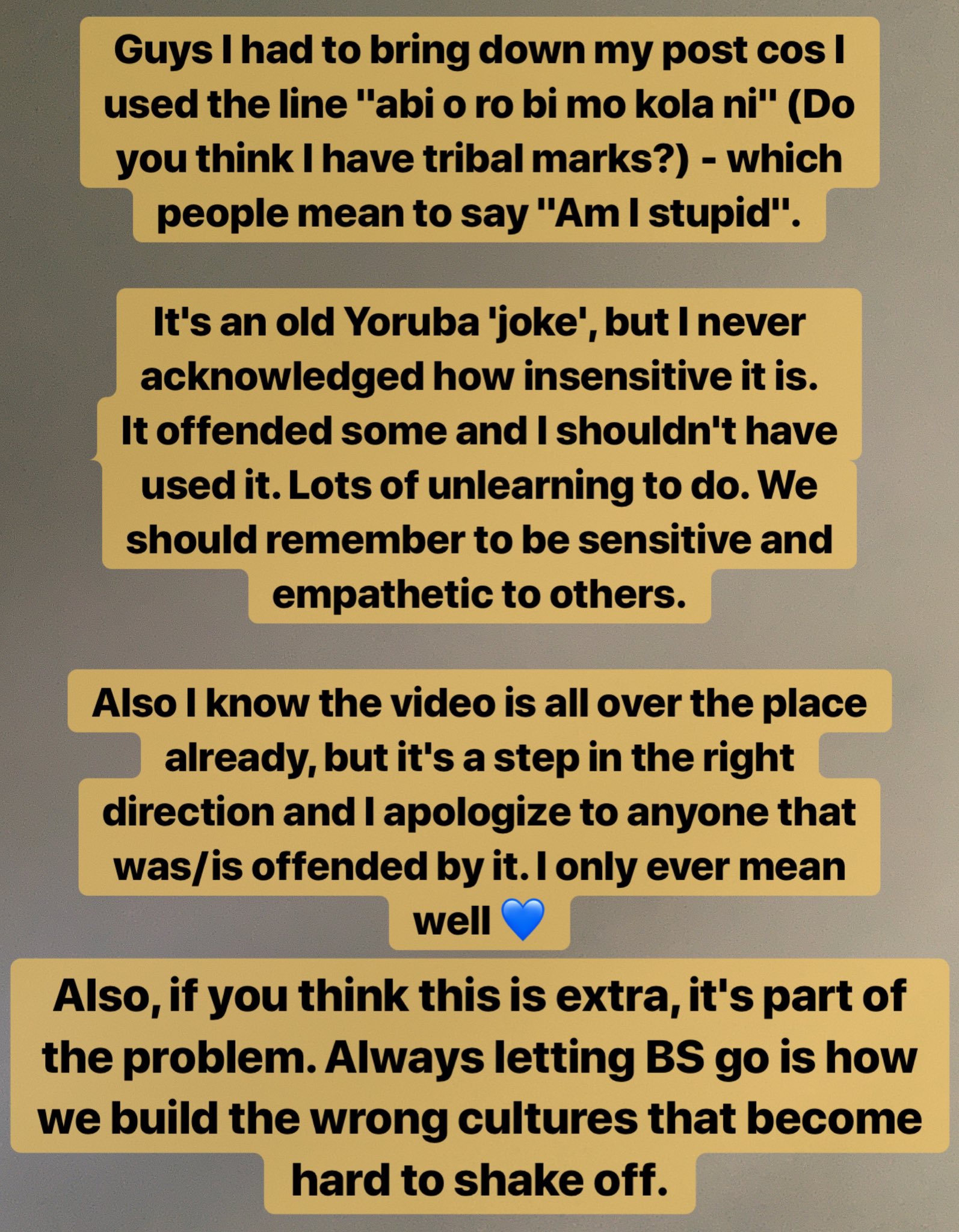