Initial findings conducted concerning the death of Bettie Jenifer, Chris Attoh’s wife, have revealed that she was still married to one infamous drug dealer who had been sentenced to 20 years in jail.

The report stated that the 47-year-old woman had just filed for the annulment of her marriage to Kedrick Jennifer before the incidence, and Kedrick himself had been in jail after being found guilty of smuggling huge quantity of hard drugs from Texas to Baltimore.

Kedrick is said to have also been the leader of a drug trafficking gang which carried out its operations around Baltimore and Woodbridge.

According to findings, his gang had successfully moved 450kg of cocaine in and out of these areas. 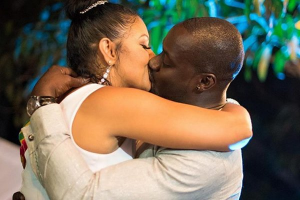 Attoh got married to Bettie last year October after he divorced the mother of his first child.

Sadly, she was shot dead in Maryland, last Friday, as she was walking to her car after work.

Police, however, revealed that although her marriage to the drug kingpin was not over, the convict had already filed for a divorce from her in April, before Bettie did the same some days later.

Ambode to Buhari – “I came as a technocrat, now, I am a politician”