A South-African Slay Queen who seemed to be having a good time at a party, has been knocked unconscious by  an obsessed admirer.

The slay queen whose name is Kedi, attended a party in the city of Johannesburg. She was dancing alone and obviously having a swell time until an obsessed admirer saw her rocking another man.

Out of sheer jealousy, he lashed out at the lady, hitting her repeatedly with a champagne bottle until it smashed into smithereens.

The obsessed admirer continued hitting the lady to the point of unconsciousness and escaped before Police could arrive.

However, he has reached out to the lady seeking forgiveness. In an SMS, he said he could not understand the reason behind his actions because he was not even her lover. He admitted he just could not stand the sight of her being in another man’s arms.

However, when he noticed Kedi did not reply his message after three hours, the obsessive admirer sent another message asking if he could call.

“Is it ok if I call you? I’m very worried about you” 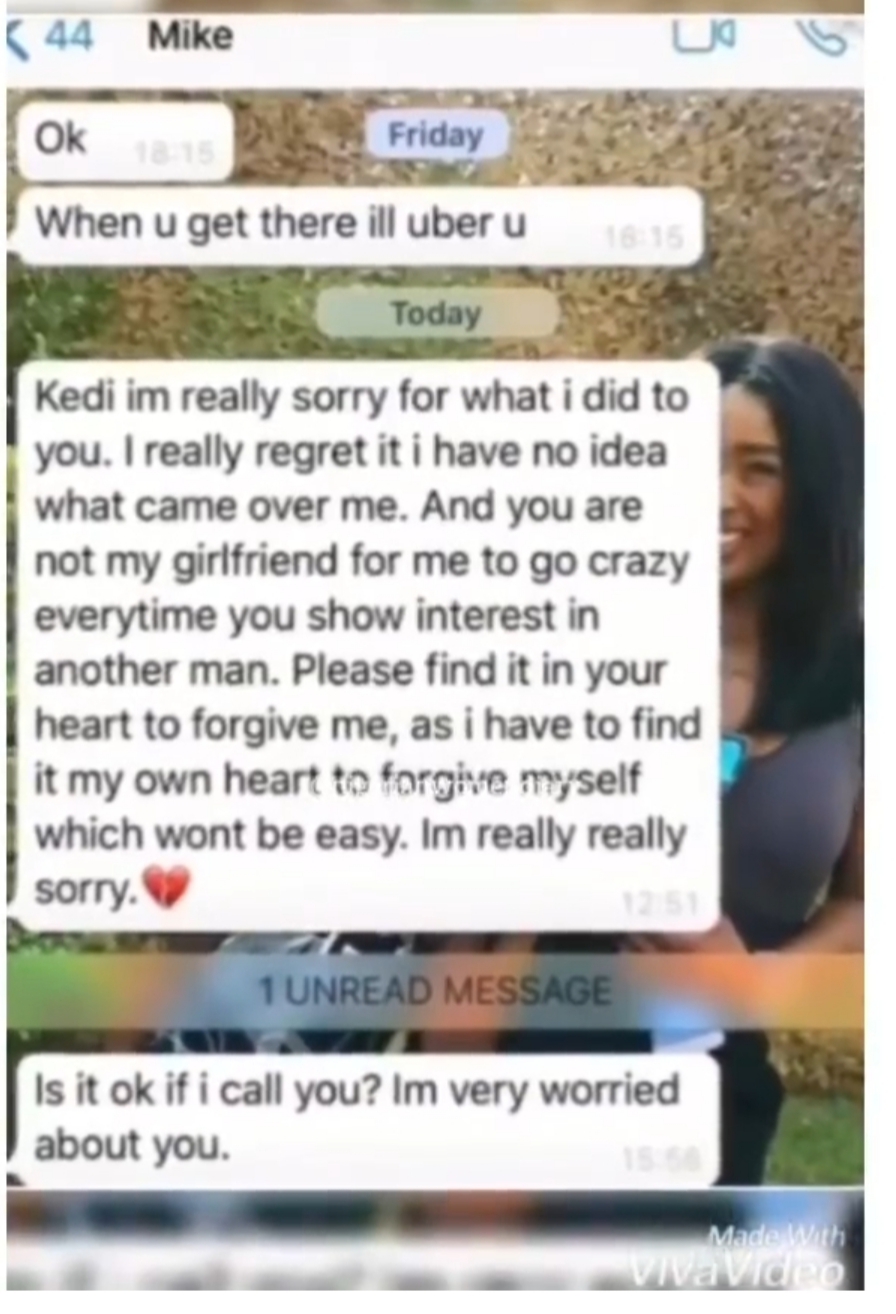