SMAN: “You Didn’t Close Your Legs In Unilag; Can’t Do So Now” – Troll Savages Toke Makinwa

The Stingy Men Association involves young men vowing not to spend money on women they are dating.

It started as a trend in Zambia, where young men vowed to not spend anything over 5 Zambian kwacha (approximately 100 naira) on their girlfriends but invest their money instead.

Reacting to the viral trend, Toke Makinwa wrote, “This stingy men association na wa ooo… Abeg where can I sign up for Close legs association #Wemoveeee”

However, a troll @@MadamCondensed suggested the popular On-Air-Personality could not do so.

She wrote, “If it didn’t close in Unilag it can’t close now.”

If it didn't close in Unilag it can't close now. https://t.co/SHqKKp9JiE

Meanwhile, Mavin CEO, Don Jazzy has joined SMAN as its “Head of Union”.

Taking to Instagram on Monday, the popular music producer and entrepreneur shared an identification card containing phony personal details, signalling his membership of the association. 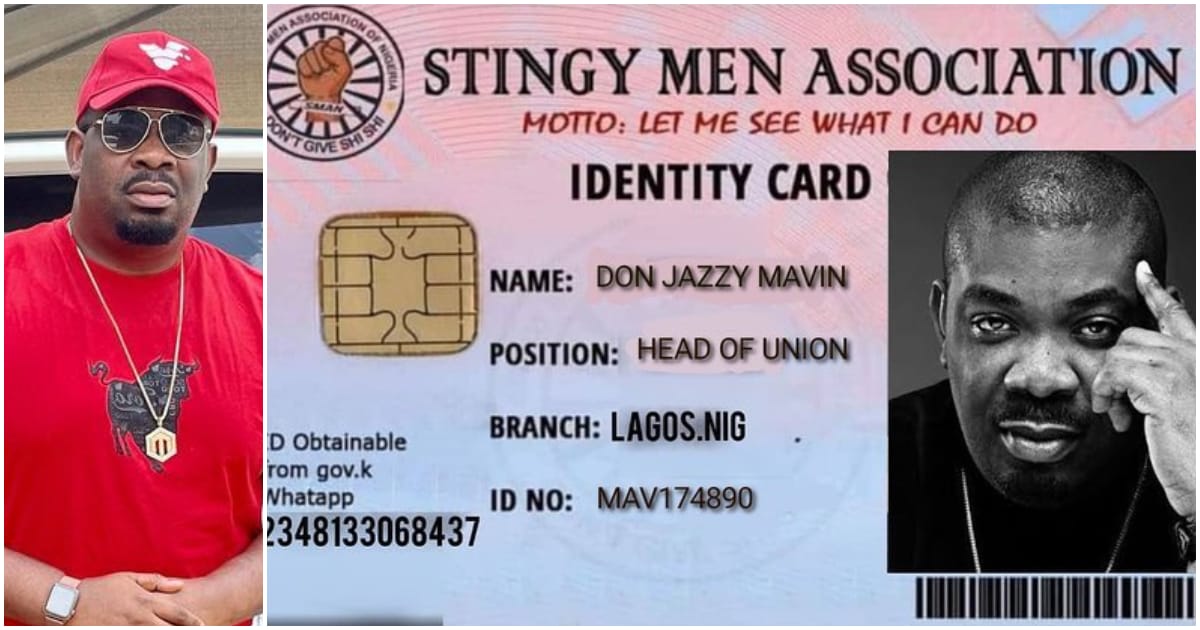 Don Jazzy’s father, who popularly called Mavin Grandpa, called for the disbandment of SMAN it caused a “third world war”.

“That identity for that association no balance at all @donjazzy. Am calling a meeting of the grandpas soon to disband this funny identity association that may cause Third World War. #EndSMAN,” Mavin Grandpa wrote on Instagram.