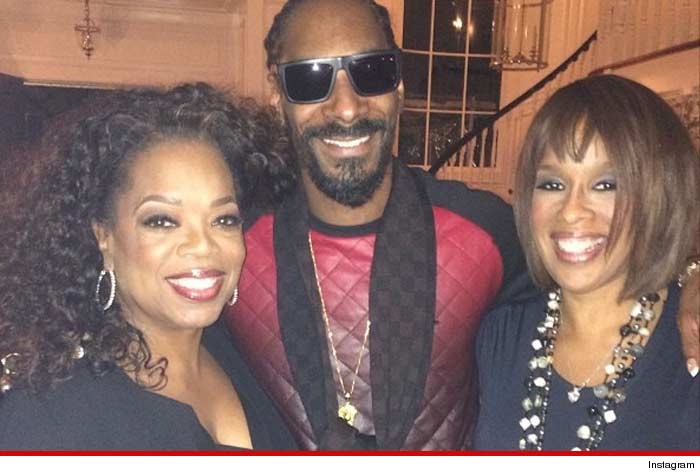 Snoop Dogg and Oprah have finally settled their beef, according to TMZ, it happened after the rapper and Big O met up Friday night during an Oscar party.

Snoopand Oprah started beefing back in 2008 when she said on on her show that he was prejudice against women. Snoop said he was pissed she didn’t give him a chance to defend himself.

Apparently the two have put the past behind them  … because last night Snoopzilla posted the pic of him and O with Gayle King, proclaiming “Black history.’

Hopefully he finally got  a chance to defend himself.