A social media influencer, Dr. Olufunmilayo accused of rape and sexual assault has charged his accuser to court for false rape allegation and defamation of character. Dr Funmilayo is also demanding for an apology and 10,000 British Pounds as damages from Ms Bolanle Adeyan.

Bolanle had accused Dr. Funmilayo of sexual assault when she visited him in London for a couple of weeks. She said the popular twitter medical influencer abused her sexually and emotionally.

In his rebuttal however, Dr. Funmilayo denied the accusations and revealed that the his accuser wanted to use him as a means of getting permanent residency in the United Kingdom where he resides and practices as a doctor.

He also revealed that Ms. Bolanle who claimed she was a practicing doctor in the UK only came for a visit from Nigeria as she has not yet completed her medical degree in Nigeria.

Not satisfied with the denial on social media, the influencer decided to sue his accuser for making false rape claims against him and published the letter from his lawyer on twitter. 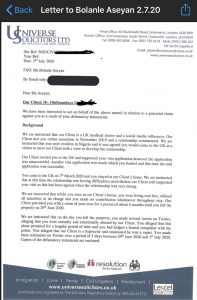 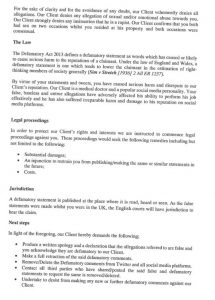 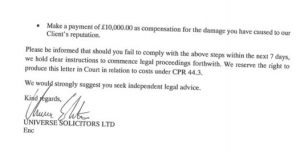