Sokoto’s religious moderation is rich lesson to a troubled world

Nigeria, and particularly our state, Sokoto, will this week host the Secretary of State of the USA, John Kerry, on a two-day working visit. Our August visitor is an important guest whose contributions to his country’s diplomatic engagement have received praise from many quarters. His commitment, and by extension that of President Barack Obama, to international cooperation and preservation of democracy, have fostered friendship and bolstered standards across the globe.

We are honored that Secretary Kerry has not only decided to visit Sokoto, but has opted to speak to our young people on dangers posed by intolerance and violent extremism.

To start with, Nigeria’s relationship with the United States is a glorious one steeped in history and shared values. As President Muhammadu Buhari pointed out during his last trip to Washington, Nigeria values the special relationship it has with the US, and will work closely with it and other allies to develop governance initiatives whose aim is to ensure that Nigeria’s wealth benefits all its people. The election that brought the present administration to power has reaffirmed the confidence of all Nigerians in democracy as a system of government. Since coming to power in May 2015, concerted efforts have been put in place by the present administration to improve the competence and forthrightness of Nigerian institutions. More than at any moment in our recent history, we are setting credible ground rules for public officials and recovering stolen funds. At the same time, coordinated efforts are being taken to improve healthcare delivery, build critical infrastructure and enhance national integration.

Secretary Kerry will step into Sokoto at time of renewed interest in the ideals and tenets of the pre-colonial Sokoto Caliphate. The world is now bedeviled by violent extremism whose perpetrators claim to be representing Islam; a religion universally adored for promoting virtues including sacredness of life, freedom of worship, respect for and protection of minorities, treatment of others with justice and kindness, among others. Here now come the lessons we can learn from Sokoto Caliphate. Over 200 years since the establishment of the Caliphate, our people have become known for their religious tolerance, moderation and promotion of understanding among various faiths and ethnic groups especially in Nigeria.

Apparently, such disposition did not start over night. The founders of the Caliphate made conscious efforts during their lifetimes to instill justice, peace, good neighbourliness and rule of law among its citizens. From its early years and until it evolved into a quasi-federal system of emirates with balanced responsibilities, a central function of the Caliphate leadership has been to try to mediate conflict, and ideally, preempt conflict before it undermines the integrity of the state. Huge success was achieved in that direction because the intelligence-gathering ability of those saddled with the responsibility of maintaining peace was utilized effectively.

In addition, the founder of the Caliphate, Usman Dan Fodio, his son Muhammadu Bello, brother Abdullahi (Gwandu), daughter Nana Asma’u and their key lieutenants, while known for their military skills, also promoted scholarship. Each contributed books of poetry and texts on religion, politics, and history.   They encouraged scholarship among members of the society. 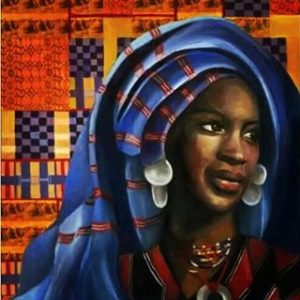 The story of Nana Asma’u will provide deep insight into the position of women in contemporary Sokoto life over two centuries ago. As a respected community mobiliser, she joined her father, the revered Sheikh Dan fodio, brother and uncle, in devoting significant time to chronicle histories, writing poetry, and Islamic studies. According to Wikipedia, she was well-educated in the classics of the Arab and the Classical world, and well versed in four languages (Arabic, the Fula language, Hausa and Tamacheq Tuareg), Nana Asma’u had a public reputation as a leading scholar in the most influential Muslim state in West Africa, which gave her the opportunity to correspond broadly. She witnessed many of the wars of the Fulani War and wrote about her experiences in a prose narrative Wakar Gewaye “The Journey”. As the Sokoto Caliphate began as a cultural and religious revolutionary movement, the writings of its leaders held a special place by which later generations, both rulers and ruled, could measure their society. She became a counselor to her brother when he took the Caliphate, and is recorded writing instructions to governors and debating with the scholars of foreign princes.

Among her over 60 surviving works written over 40 years, Nana Asma’u left behind a large body of poetry in Arabic, the Fula language and Hausa, all written in the Arabic script. Many of these are historical narratives, but they also include elegies, laments, and admonitions. Her poems of guidance became tools for teaching the founding principles of the Caliphate. Asma’u also collaborated closely with Sultan Bello, the second Caliph. Her works include and expand upon Dan fodio’s strong emphasis on women leaders and women’s rights within the community ideals of the Sunnah and Islamic law.

Others of her surviving written works are related to Islamic education: for much of her adult life she was responsible for women’s religious education. Starting around 1830, she created a cadre of women teachers (jajis) who travelled throughout the Caliphate educating women in the students’ homes. In turn, each of these jajis in turn used Nana Asma’u’s and other Sufi scholars writings, usually through recited mnemonics and poetry, to train corps of learned women, called the ’yan-taru, or “those who congregate together, the sisterhood.” To each jaji she bestowed a malfa (a hat and traditional ceremonial symbol of office of the pagan Bori priestesses in Gobir) tied with a red turban. The jajis became, thus, symbols of the new state, the new order, and of Islamic learning even outside women’s community. In part this educational project began as a way to integrate newly conquered pagan captives into a Muslim ruling class. It expanded, though, to include the poor and rural, training teachers who traveled across the sprawling Caliphate.

Nana Asma’u’s continued legacy rests not just on her literary work and role in defining the values of the Sokoto state. Today in Northern Nigeria, Islamic women’s organisation, schools, and meeting halls are commonly named for her. She re-entered the debate on the role of women in Islam in the 20th century, as her legacy has been carried by Islamic scholars and immigrants to Europe and its academic debates. I have highlighted her role to dismiss the notion that women are denied basic rights in this part of the world. That is far from the truth. We are the first to admit that more needs to be done to improve impact and reverse negative statistics of women participation in socio-economic activities. But Nana Asma’u’s story clearly shows that with dedication and commitment, our women can reach the pinnacle of their chosen paths. Few months ago, Justice Aishatu Dahiru retired from the Bench after serving meritoriously for twenty years as the Chief Judge of Sokoto State. Just three weeks ago, Amina Yahaya, a 400 level student of English Language, became the first President of the Students Union Government of Usmanu Danfodio University, Sokoto, a feat so rare that women who have attained such heights in the North in the last fifty years can be counted on the finger tips.

As bequeathed to us by our founding fathers, Sokoto is committed strongly to increasing mutual understanding, keeping good relations with others, and working to keep our community and our nation safe. We believe the world can learn a lot from us in areas like communal harmony, religious understanding, and tolerance towards all faiths. To ensure continued peace in our state, our government has aggregated the needs of our citizens and zeroed down on critical sectors like education, healthcare delivery, agriculture, development of infrastructure, job creation through development of small and medium scale enterprises, women and youth empowerment, development of solid mineral sector as well as implementing community development initiatives at the grassroots level. We have declared a state of emergency in the education sector, and matched our words with action by allocating the highest percentage of funds in our 2016 budget to the sector. The 28 percent we allocated is more than the percentage recommended by UNESCO.

Through personal and community interactions, we have fostered relationships of trust not just with our citizens, but with people of other faiths and ethnic inclination. This level of trust helps contribute to human resource development and strengthening the foundation for nation-building. We, the political and religious leadership under the leadership of Sultan Muhammad Sa’ad Abubakar III, have committed ourselves to contributing to the socio-economic development of our state, and to strengthen friendship and mutual understanding between all Nigerians irrespective of tongue or faith.

*Tambuwal is the Governor of Sokoto State

My siblings are really my children