The beef between American rapper, Soulja Boy and singer, Chris Brown is far from over as Soulja Boy took to his social media page on Twitter to fuel the flames of the feud.

Recall that the beef started some days back after Soulja Boy took to his Twitter account to accuse Chris Brown of calling him up and threatening him because he liked Karrueche Tran’s photo on Instagram.

The beef further degenerate into name calling and threat issuance as Chris Brown slammed the rapper saying his daughter is five times richer than he is.

Soulja Boy in reply took to his Instagram page to call the singer out adding that he slept with his woman.

In the latest attack featured in the war of words series between the two celebrities, Soulja Boy took to his Twitter page to out Chris brown noting that they used to ‘F**k hoes’ in the same room. 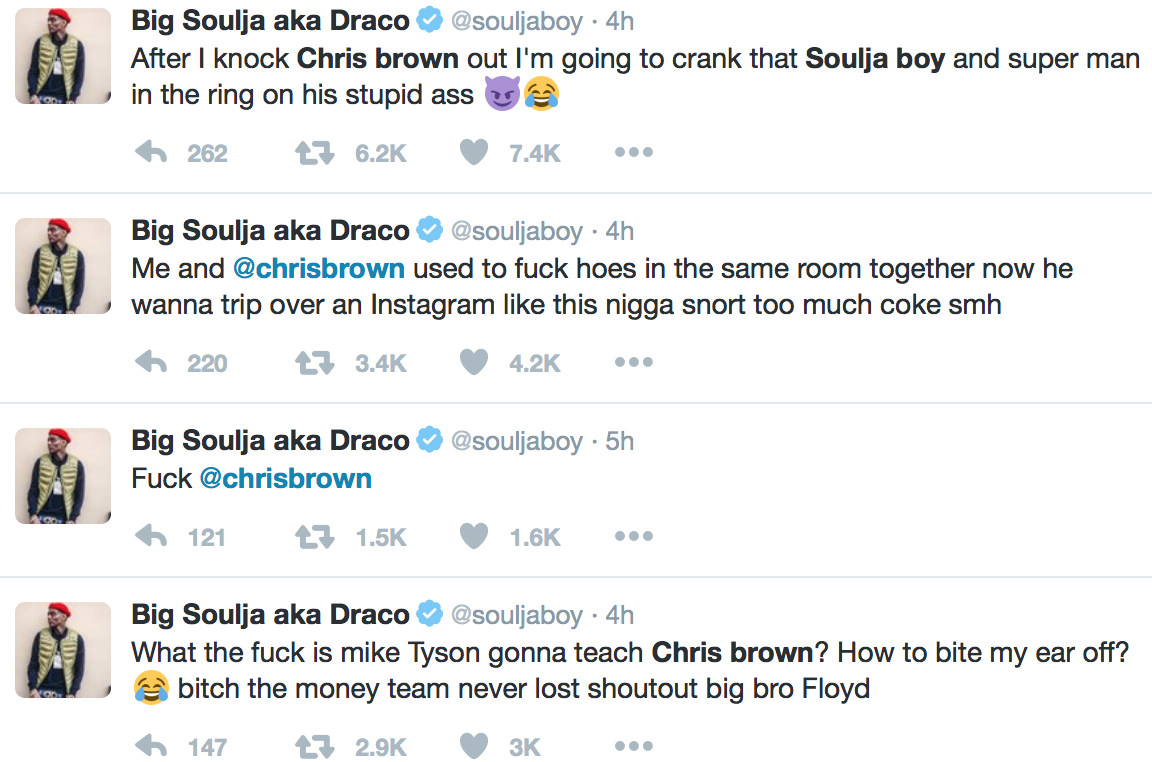 Movie Theatres Outside NYC To Reopen At 25% Capacity- Gov. Cuomo