Omoyele Sowore, Convener of #RevolutionNow and Publisher of Sahara Reporters has finally regained freedom from Department of State Service (DSS) after spending 124 days in detention

Deji Adeyanju, Political Activist broke the news via his Twitter handle with a picture of Sowore and well-wishers striking a pose for freedom.

‪To God alone be the glory forever. Thank you everyone for lending your voice to this. You will never be a victim of oppression & injustice. 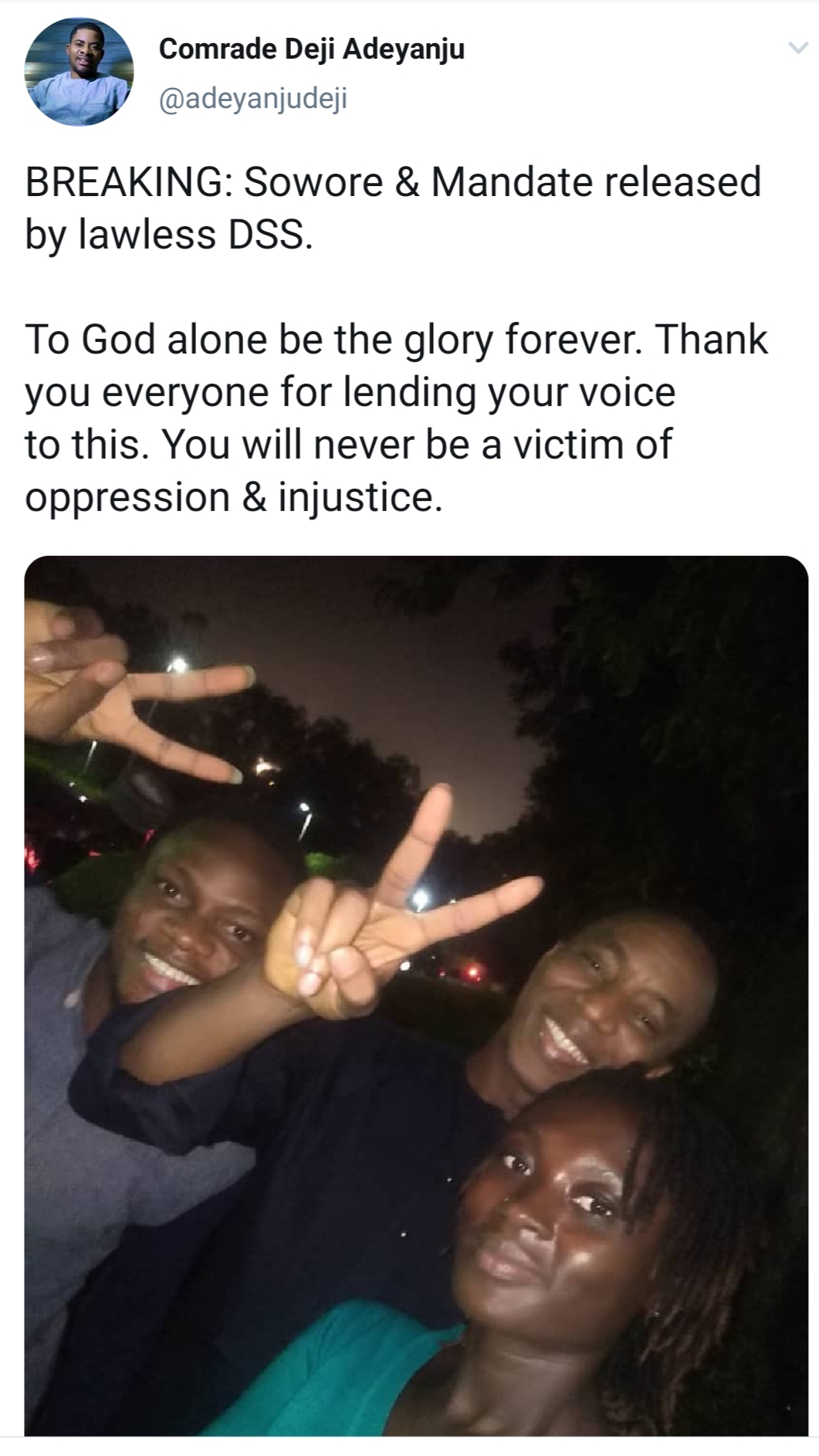 Former Minister of Aviation,  Femi Fani-Kayode has also taken to Twitter to congratulate Sowore on his release.

He said “Glad to hear @YeleSowore has finally been released”

Earlier, The Herald reported how the Federal High court gave the DSS a 24 hour ultimatum to release the Sahara reporters Publisher or risk jail time.

ALSO READ: APC is Not Known For Violence, PDP Will Be Buried In Ekiti -Fayemi

Omoyele Sowore has been detained since August 3rd, 2019 and on several occasions the Department State Service (DSS) defied court orders authorising his release.

The United States Congress has also intervened by writing a letter to the Nigerian Ambassador to the US,  asking the DSS to obey court orders as expected of a democracy-practicing nation like Nigeria.

Why pay so much for so little? Nigerian Politicians vs Civil Servants