Few hours ago, Burna Boy was announced as one of the nominees for the 2020 Grammy awards. A Twitter user has attributed the nomination to Burna’s UK girlfriend, Stefflon Don.

The news of Burna’s Grammy nomination gladdened the hearts of many Nigerians as the Afrobeats Artiste’s “Africans Unite” concert in South Africa had earlier been cancelled due to threats of violence.

Even AKA, who has a beef with Burna Boy was left with no choice than to congratulate the superstar.

However, a lady has reacted to the award nomination. This twitter user believed that Burna Boy’s UK girlfriend, Stefflon Don is the person responsible for the Grammy nomination.

She tweeted: “Behind every successful man is a woman. Stefflon Don helped Burna boy get international recognition. Now he’s been nominated for the Grammy’s award. A Queen👑. I Stan.” 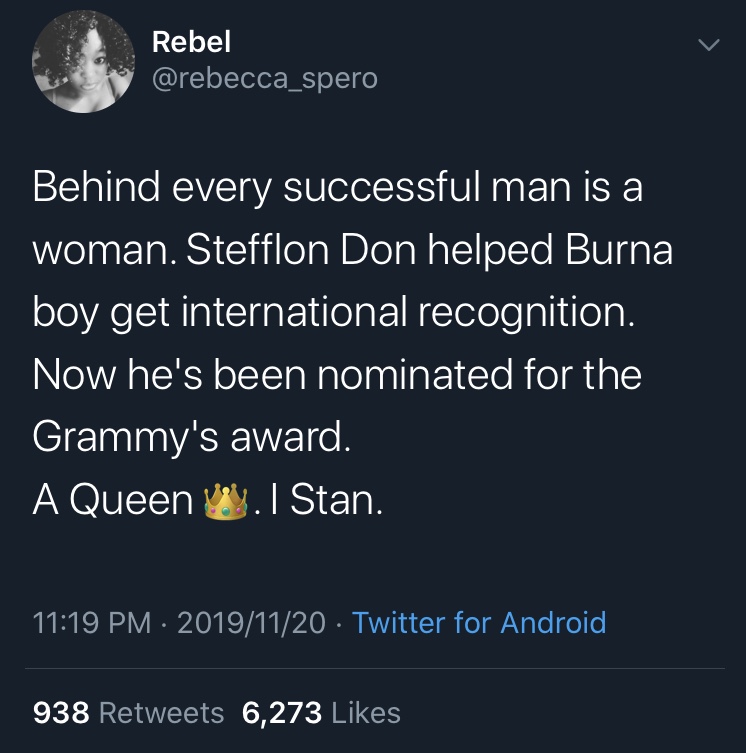