Stefflon Don shuts down rumours of break up with Burna Boy

Social Media was set ablaze yesterday after rumors began to circulate that Nigerian music artist, Burna Boy has broken up with his American girlfriend, Stefflon Don.

Although none of the lovers mentioned or revealed anything about the status of their relationship, the rumor began to circulate after the American shared some suggestive videos and lyrics on her Insta stories.

Many of her followers, who noticed that the lyrics of the songs were those that a heartbroken individual would share, rushed to conclude that there was fire on the mountain as far as her relationship with Burna Boy was concerned. 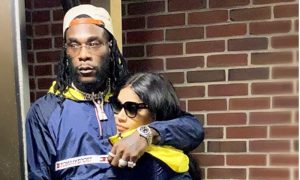 Hence, screenshots from Stefflon’s Insta stories began to make rounds on social media and soon enough, some news outlets began to propel the rumor that Burna Boy must have gone back to his former girlfriend, Princess Shyngle who in turn, began to receive insults from Stefflon’s fans.

Now the American singer has come out to iterate that the videos she shared were old songs and had nothing to do with the status of her relationship with Burna Boy.

She wrote, “Old videos. Please let it rest. We good over here. Thanks.” 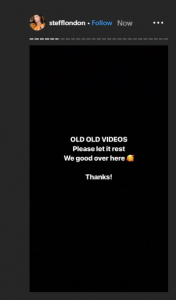 FG plans to silence Obasanjo by roping him – Atiku warns

Ikoyi building: “No registered builder was part of the project”

2023: My experience under Buhari places me ahead of others – Osinbajo