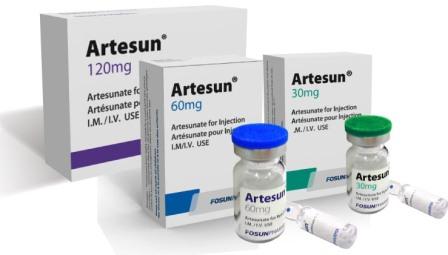 Nigerians have been advised against the use of chloroquine and artesunate for the treatment of malaria.

Mrs Nnenna Ezeigwe, National Coordinator, National Malaria Control Programme, gave the advice in an interview with the News Agency of Nigeria (NAN) on Friday in Abuja.

She, however, recommended that people should take only Artemisinin Combination Therapy (ACTs) when they test positive for malaria.

“If your test result is positive, take only Artemisinin Combination Therapy (ACTs). Do not treat malaria with chloroquine, artesunate or other monotherapies.

“The ACT with green leaf is good quality and affordable; Ask for it,” she said.

Contacted, Mrs Adeline Osakwe, Deputy Director, Pharmacovigilance, Food and Drugs Information Centre of the National Agency for Food and Administration and Control (NAFDAC), said the use of chloroquine and artesunate in Nigeria was being gradually phased out.

“Since 2005, the use of monotherapies such as artesunate and chloroquine had been discouraged in favour of Aretmisinin Combination Therapy (ACT) for uncomplicated malaria.

Osakwe said that the monotherapies are gradually being phased out by not registering new ones and not renewing those that their licenses had expired.

The World Health Organisation (WHO) had placed a global ban on the use of chloroquine and artesunate in 2005.

Speaking on the World Malaria Day celebration, Ezeigwe advised pregnant women to register early for ante-natal care in order to receive preventive treatment against the disease.

“Expectant mothers should demand for preventive treatment, ‘Intermittent Preventive Treatment in Pregnancy (IPTp)’ during ante-natal visits from 16 weeks of pregnancy,” she said.

She said that the Federal Government and Roll Back Malaria partners had over the last decade committed huge resources to ensure that malaria was brought under control.

She said that the efforts had led to a reduction in malaria prevalence by more than eight per cent, adding that much more needed to be done.

Ezeigwe called on the private sector, the media and the academia to play active roles in the fight against the malaria.

“It is only working together that we can end the needless suffering and deaths caused by malaria.

“Wear protective clothing against mosquitoes when necessary, and always get tested before you treat for malaria,” she said.