Suarez To Miss Barcelona Clash After Testing Positive To COVID-19

The 33-year-old striker is reported to be in good health and following strict self-isolation protocols.

Suarez will be missing in action in Uruguay’s World Cup qualifier against Brazil on Tuesday, as well as Atletico’s game with former club Barcelona on Saturday.

The AUF in a statement said: “The Uruguayan Football Association reports that swabs have been carried out on all the members of the senior team, resulting in the players Luis Suarez, Rodrigo Munoz and the official Matias Faral having tested positive for Covid-19, while all other tests are negative.

“The three members mentioned are in good health and the corresponding measures have already been implemented.”

Suarez joined forces with Manchester United forward Edinson Cavani in Uruguay’s most recent game, scoring from the spot in a 3-0 win over Colombia on Friday. 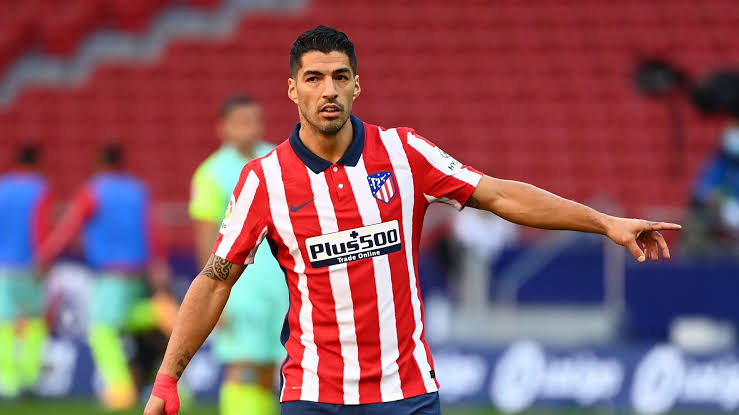 The 33-year-old has been in excellent form for Atletico and he will no doubt be disappointed not to have the chance to play against his former club at the weekend.

Suarez has found the net five times in six games in La Liga since his acrimonious exit from Camp Nou over the summer, and has been a key figure in Atletico’s early title push.

Diego Simeone’s squad are placed third with just three points behind league leaders Real Sociedad with two games in hand. Atletico are a point ahead of Real Madrid and six clear of Barca.

Earlier in November, Simeone said Suarez had been instrumental in Atletico’s form, and was bringing the best out of team-mates such as record signing Joao Felix.

“I believe that all this is generated from the presence of Suarez,” Simeone said in a press conference.

“With the likes of [Diego] Costa and [Alvaro] Morata before him, they had a lot of other characteristics, but we have been looking for other qualities.

“Luis has needed more people close to him, close to where he can hurt the opposition, and that is the team’s goal.

“We had to adapt to play with [Radamel] Falcao, with Costa and now with Suarez.”