A Suicide Bomber Blew himself up in a Police Station on Monday in Indonesia,  Killing himself in the process, six people were also reportedly injured.

The bomber who is believed to have been a student wore the explosive device on his body, but the type of explosive was not stated.

The motive for the attack was not immediately known, but police stations have been frequent targets for radicals in the world’s biggest Muslim majority nation, which has long struggled with Islamist militancy.

According to reports, the attack happened a day after Indonesia launched a website that allows the general public report “radical” content posted by any government worker, including contents that may promote hate .

The bombing took place around 8:45 am at the Police compound in Medan on Sumatra Island during a routine morning roll call.

According to the National Police spokesman, Dedi Prasetyo, he said “For now, we believe he was a lone wolf,” 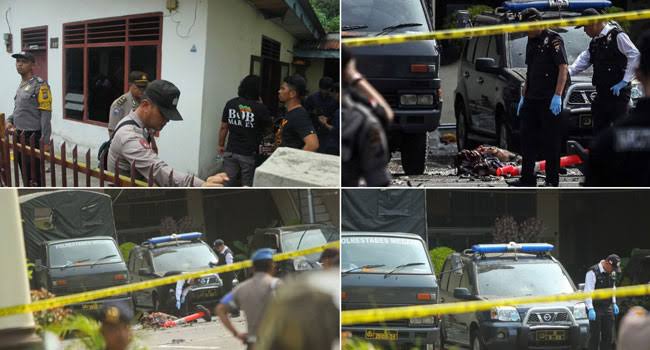 “The anti-terror squad and forensics unit are still examining the crime scene,”

“At least six people were wounded in the blast, including four officers and two civilians, but their injuries were not severe, ”

Police said the attacker was active on social media, while CCTV footage showed him entering the compound wearing a uniform worn by drivers of a popular ride-hailing service.

U.S.-China Trade: Oil Prices fell as Prospects for a Trade Deal Between the United States and China Faded