Media personality, Toke Makinwa, got insulted by a troll on social media about her body.

A lot of fans were happy when Toke Makinwa announced that she would be returning back to twitter.

Following her tweet, a man identified as ‘Black Fame1881’ on Twitter hinted that he is still confused as to how she affords her lavish lifestyle.

Read also : Samsung’s next flagship to launch February 11 at Samsung I flagged event

Toke, Replying to his tweet pointed out that his father is one of her Sugar Daddies who gives her all the money that she needs to live her lavish lifestyle.

However, Toke’s reply didn’t sit well with the man who responded by throwing a heavy shade at her in a bid to defend his father.

@Black Fame1881 said: “Nah Toke, first off…my dad doesn’t do loudmouth halfwits. Secondly, I heard you are a bunny- boiler and know him very well he detest women like that. 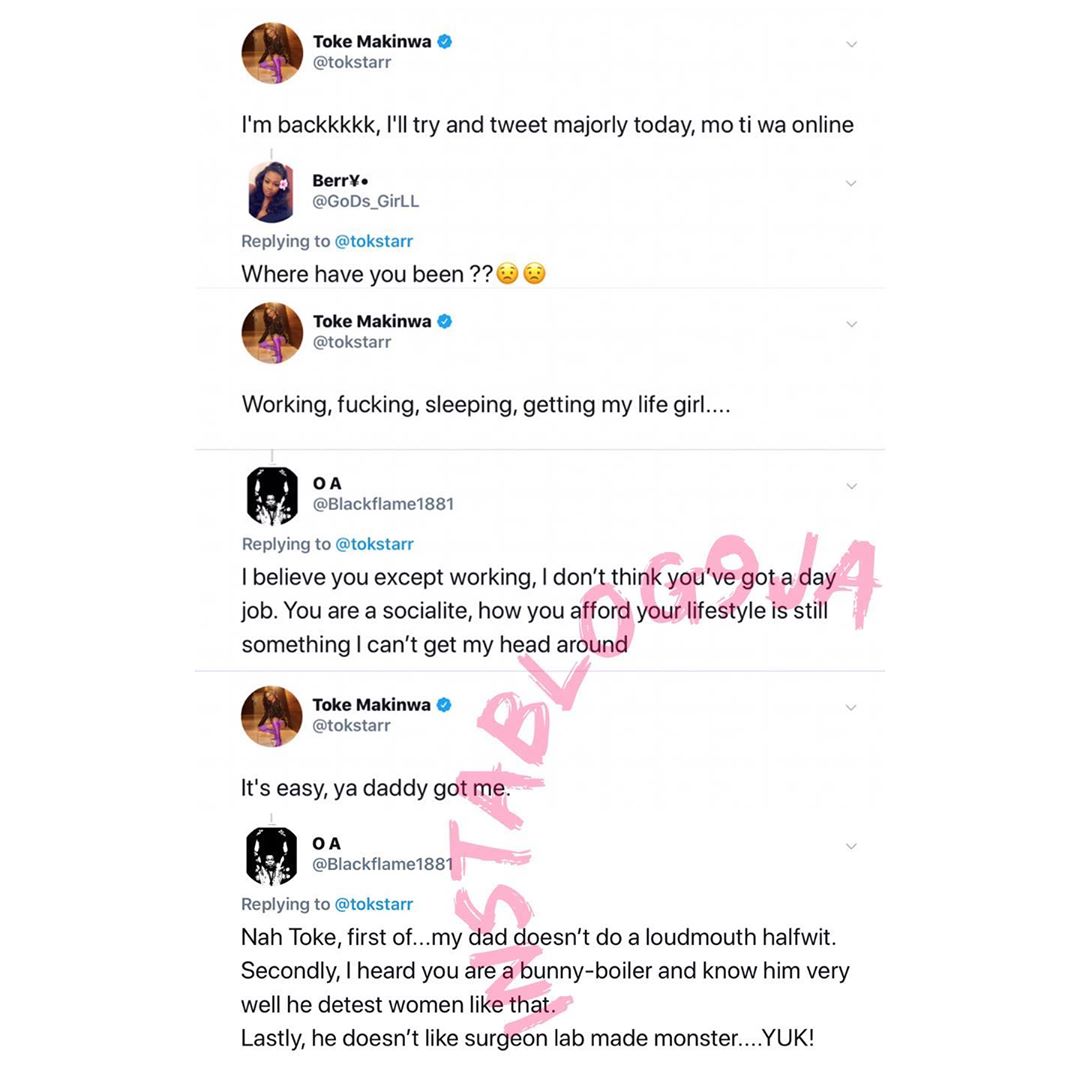 Recall that a while back, Toke Makinwa slammed nollywood actor Yomi Black after an Instagram call-out where he asked her to state the true source of her wealth and how she is able to pay for the extravagant life she lives.

Toke, in response, leaked a chat of how Yomi Black flooded her dm with love messages begging for favors.