The media has been agog with reactions ever since the Surviving R Kelly documentary surfaced. With comments ranging from indifferent to blatant outrage, everyone, celebrity and regular people around, have been pulled into the vortex of discussion generated by the sickening video.

Ace Producer and Mavins Boss Don Jazzy isn’t left out of the discussion on the scandalizing documentary. Don Jazzy bluntly made his disgust clear as he writes:

Being a genius doesn’t give you an excuse to be that sick.

Don Jazzy further intoned that the video made him hate the word “Daddy”, which is sometimes used sexually. He ended by saying nobody should call him Daddy again as he is no one’s father yet. 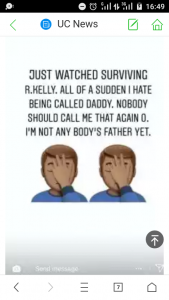 As expected, a lot of fans vocalized their opinions with some calling Don Jazzy a hypocrite, some supporting R Kelly and others just enjoying the vitriolic and savage comments of others. 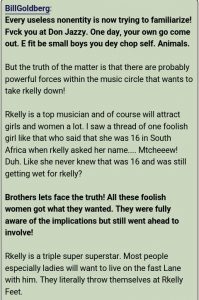 To this, another fan replied 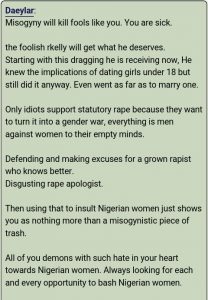 More comments flooded in with some agreeing with the first person and others taking opposing views. 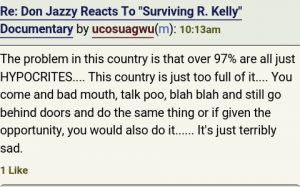 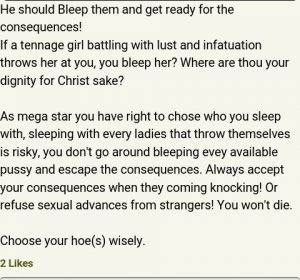 See Also: Rigging Will Not Be Allowed In Benue- Ortom

Broke PDP Only Want Power Because of Hunger- Amaechi

Salah to the Rescue as Liverpool Grab Slender Win Against Brighton