Hlangabeza Mdluli, the Royal festivity overseer, confirmed the bride for the Swazi king. He also revealed that the new bride is currently in New York in the United States, where the King is attending the United Nation Assembly.

Mdluli told local journalists on Sunday that the king has officially made a choice of the new wife. Siphelele is to be king Mswati’s latest and youngest wife in terms of age.

The 49-year-old king is said to have over 13 children.

It’s a tradition for the Swaziland king to choose a wife annually.

The Reed Dance ceremony is an annual Swazi and Zulu tradition held in August or September.

The ceremony happens to hold for eight (8) days, would-be brides are publicly checked to ascertain that their virginity is still intact.

A few months ago, Mswati kicked against people filing for Divorce.

“In our culture, once you marry someone, there is no turning back. There is no word for “divorce” in Siswati, the official language of Swaziland,” the king added. 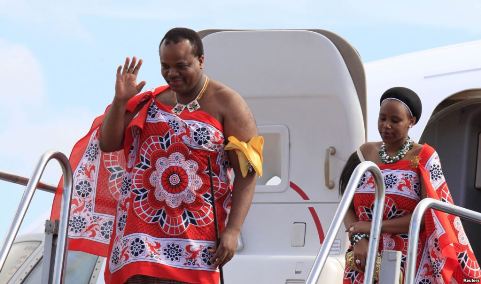 Nigeria is not a military dictatorship – Jonathan fires Buhari